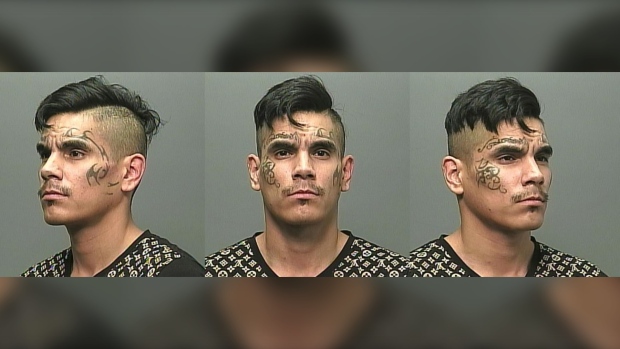 WINNIPEG — Winnipeg police have issued a Canada-wide arrest warrant for a suspect, after a fatal shooting at a North End home in Winnipeg.

Police say 24-year-old Vincent Scott Ross died in hospital after he was found suffering from a gunshot wound in a home in the 500 block of College Avenue.

Police have issued the Canada-wide arrest warrant for Christian James Bruce, 28, of Winnipeg, for second-degree murder. This charge has not been tested in court.

Police describe Bruce as five-foot-nine, weighing approximately 146 pounds with a medium build. He has brown eyes and is believed to have black hair. Police said he has various skull-related tattoos on both arms as well as “tribal-style tattoos” on his face.

The public should not approach Bruce. If anyone has information regarding his whereabouts, they are asked to call 911. Anyone with additional information that may help investigators is asked to call the Homicide Unit at (204) 986-6508 or Crime Stoppers at (204) 786-TIPS (8477).