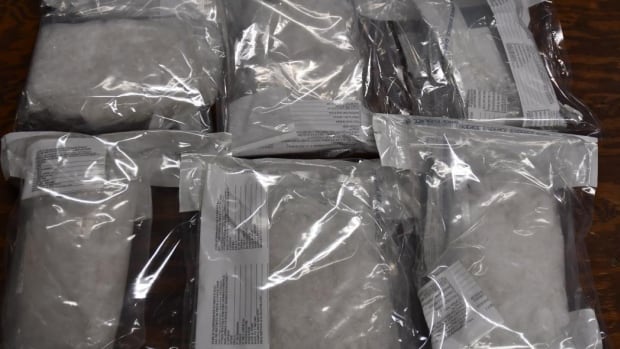 A Winnipeg woman was arrested and a large amount of meth and cocaine was seized during a months-long Canada-wide drug and organized crime investigation, RCMP said.

The Federal Serious and Organized Crime unit of the Manitoba RCMP found five kilograms of meth and one kilogram of cocaine while searching a home in Winnipeg’s Tyndall Park in February, according to a news release issued on Monday.

A 34-year-old woman was arrested and charged with a number of drug trafficking offences, police say.

These “investigations have collectively seized 27 kilograms of meth and 44 kilograms of cocaine, and stopped it from reaching our communities,” she said in the release.

“RCMP remain committed to working with our partners and the public to prevent these illicit drugs from causing harm to Manitobans.”

Officers are continuing the investigation.