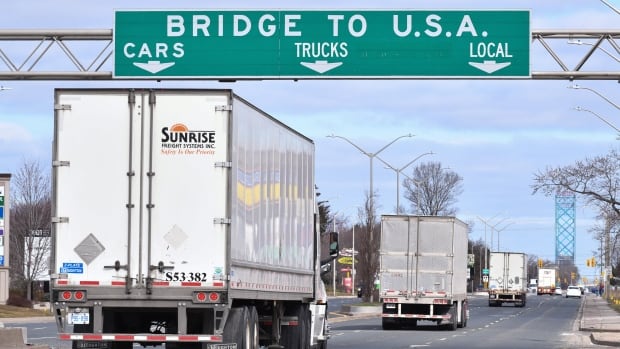 The Canada-U.S. border will remain closed for another 30 days.

Prime Minister Justin Trudeau announced the deal to extend the closure during his daily news conference on Tuesday.

Both countries reached an agreement in March to temporarily close the border to non-essential travel — meaning no recreational visits — while keeping it open to commercial traffic and essential workers who cross for work.

That agreement was extended in April by 30 days and it was set to expire on May 21.

Trudeau said the provinces expressed a “clear desire” to keep the border closed because of the threat of COVID-19 cases moving north. He said the Americans were “completely open” to extending the closure.

Asked when Canada might reopen to international visitors, Trudeau said the government is making decisions week-to-week based on a rapidly changing situation.

“Every step, we have to make the right decisions based on the circumstances,” he said.

The move comes as provinces across the country gradually reopen businesses and services to the public, and as many businesses continue to struggle financially.

Trudeau also announced today the government is expanding the eligibility rules for the interest-free loan program for small businesses, giving businesses without payrolls access to government-backed loans of up to $40,000 each.

A quarter of the loan is forgivable.

Changes to the Canada emergency business account (CEBA) mean the program is now available to:

The Canadian Federation of Independent Business (CFIB) said the announcement is good news for family businesses that pay themselves in dividends, for gyms and others that employ contractors, and for those that rent chairs, such as salons.

“It is critical that this expansion of the program be rolled out as quickly as possible, as the firms that were excluded have gone two months with little assistance and are now facing another rent deadline of June first,” CFIB said in a release.

“With many provinces now looking towards reopening their economies, small businesses will need ongoing support to get through the months ahead.”

CFIB has asked the government to boost the amount for the loans, as well as the portion that’s forgivable, because many businesses face a long recovery period.

In Ottawa for a press conference today, Conservative Leader Andrew Scheer said again that it’s time for Parliament to reopen as well.

He renewed his push for a scaled-down contingent of MPs to return to Ottawa on May 25, consistent with public health guidance on physical distancing.

Calling Parliament an essential service, Scheer accused Trudeau of using the global health crisis to dodge transparency and accountability as his government spends billions of dollars.

“The government must not be allowed to hide things from Canadians,” he said.