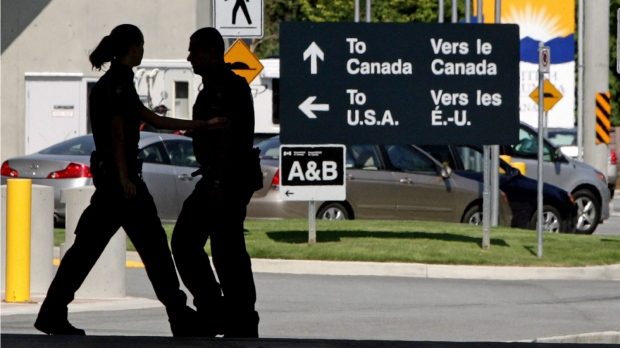 OTTAWA — Canada and the United States have agreed to extend the current closure of the border to all non-essential travel for at least another month as the fight against COVID-19 continues in both countries, sources tell CTV News.

It’s been nearly a month since the two countries negotiated their 30-day agreement that exempted the flow of trade and commerce, as well as vital health-care workers such as nurses who live and work on opposite sides of the border. That agreement was due to expire in a few days.

The extension will see these restrictions remain in place for another 30 days.

With U.S. President Donald Trump unveiling on Thursday a three-stage plan to reopen parts of the United States, Canada has insisted that the decision to lift travel restrictions between the two countries will not be made unilaterally by the U.S.

“Decisions about Canada’s border are taken by Canadians, full stop. When it comes to easing border restrictions of all kinds our government will only do that when it is appropriate and when it is not a risk to the health and security of Canadians,” Deputy Prime Minister Chrystia Freeland said on Thursday.

Earlier this week, in unveiling tougher mandatory quarantine measures for returning travellers, Prime Minister Justin Trudeau said that the shutdown of the Canada-U.S. border to all non-essential travel was likely going to be one of the suite of public health restrictions that would remain in place for weeks.