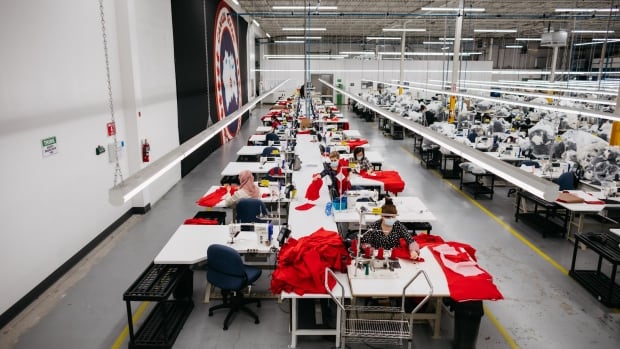 Canada Goose says it is ramping up its production of personal protective equipment to help health-care workers in the COVID-19 pandemic, with plans to produce at least 60,000 hospital gowns per week.

The move steps up its commitment from March 25, when the company announced it would use its manufacturing facilities in Winnipeg and Toronto to make scrubs and gowns, with an initial goal of producing 10,000 units.

The company says it will do the work at cost, producing 60,000 L2 gowns per week, up to 1.5 million in total, as part of a contract with the federal government.

The company will produce the equipment at its eight manufacturing facilities, in Winnipeg, the Greater Toronto Area, Montreal and Boisbriand, Que., employing up to 900 people at a time.

The news comes a day after Manitoba Shared Health chief nursing officer Lanette Siragusa said the province is still waiting for a massive order of equipment.

During a daily briefing on the COVID-19 situation in Manitoba, she said the province’s current supplies of N95 masks, gloves and gowns could be used up in the next week or two, but that they are expecting more to arrive soon.