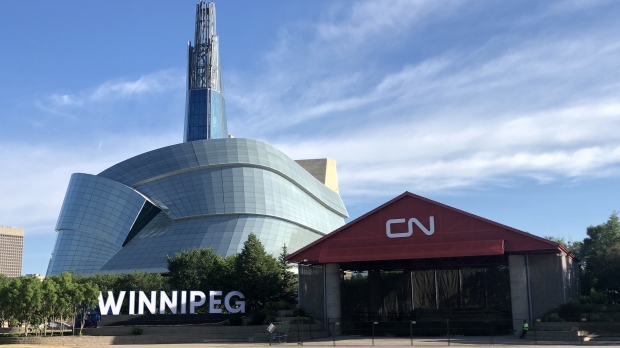 WINNIPEG — Due to the COVID-19 pandemic, Canada Day celebrations at The Forks will look different this year.

The Forks announced on Wednesday it has joined with Canada Life to hold a one-hour virtual celebration for the 153rd Canada Day.

“This year, because of COVID and the restrictions that are still in place, we won’t be hosting Canada Day on the site as we normally do,” said Clare McKay, vice-president of strategic initiatives at The Forks. “But, we are hosting and streaming a virtual Canada Day show.”

The show will be streamed on Canada Day from The Forks YouTube channel and Facebook page, McKay said.

“Just because we can’t celebrate in person this year, doesn’t mean that we can’t still celebrate our country and the amazing artists in our own communities,” said Paul Jordan, CEO of The Forks North Portage, in a press release to CTV News.

“Canada Day Virtual presented by Canada Life was created to bring celebration to everyone in our communities at a time when we need to remain connected, even while we are physically apart.”

While there will be no live fireworks show this year, there will be a fireworks display in the streamed show by Archangel Fireworks that will be created and shot in a secluded area.

McKay said the show also includes a performance from Manitoba singer-songwriter Faouzia. The live stream will feature performances from Manitoba talent including DJs, comedians, and a performance by Winnipeg Symphony Orchestra cellist Taylor Janzen, who will be playing in an empty CN Field.

“Normally there are an awful lot of people here. Up to 30 – 40,000 people, that’s just not possible this year. It’s just not safe to do so this year, it’s not following guidelines,” said McKay.

In a press release to CTV News, The Forks said the show has been a project supported by artists involved as they have missed live audiences and venues for months. The show has been shot over several days and McKay said they are in the editing stages.

“We have messages of hope coming out,” McKay said.