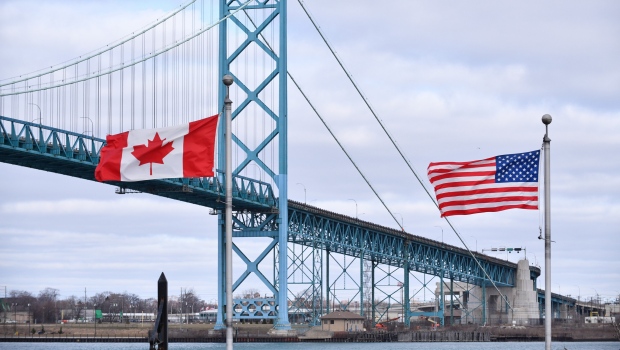 TORONTO — Canada has announced new restrictions against Americans entering the country in an attempt to crack down on the so-called “Alaska loophole.”

The Canada-U.S. land border has been closed to non-essential traffic since March 21, but Americans have still been allowed through if they are driving through Canada to get to Alaska for an essential purpose such as working or returning home.

This has led to cases where Americans have seemingly told border officers that they will be driving on to Alaska, but then vacationed in Canada instead.

Six American tourists were ticketed after hiking around Lake Louise, Alta. in June and six other fines have been levied against Americans in B.C. for Quarantine Act violations. An RCMP spokesperson told CTV News Calgary on Thursday that there had not been any further tickets since the six at Lake Louise.

The Canada Border Services Agency (CBSA) said Thursday that it is imposing new restrictions on anyone who enters the country from the U.S. mainland to get to Alaska.

Starting Friday, foreigners entering Canada en route to Alaska must do so at one of five approved border crossings: North Portal in Saskatchewan, Coutts in Alberta, or Abbotsford-Huntingdon, Kingsgate or Osoyoos in B.C.

Additionally, CBSA said, anyone travelling through Canada will only be allowed to stay in the country for a “reasonable period” of time, will be required to take the most direct route possible, and will have to report back to Canadian border officers before entering Alaska. They will not be allowed to visit any leisure or tourism sites, get food from any source other than a drive-thru, or pay for gas in any way other than at the pump.

These pass-through visitors will also be given a “hang tag” to attach to their vehicle’s rear-view mirror, to make them easily identifiable. The tag will include the date by which they must leave Canada.

The same restrictions apply to any non-Canadians travelling to the mainland U.S. from Alaska.

According to the CBSA, anyone who provides false information to a border officer could be banned from returning to Canada, while penalties for violating the Quarantine Act can include fines of up to $750,000 and jail terms of up to six months.