Home  »  News   »   Can you spend the long weekend at your cottage? It depends where it is 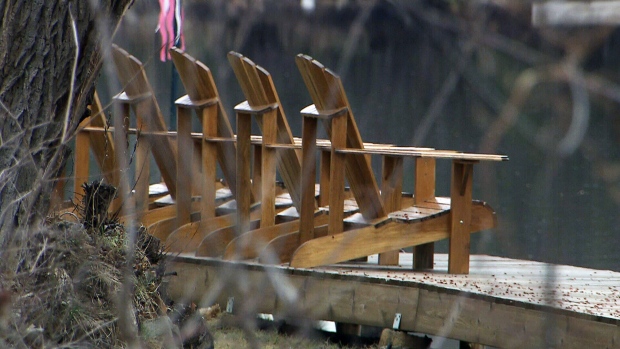 TORONTO — Long weekends are traditionally a time for visiting with friends and family, taking trips, or otherwise finding ways to get away from the house for a while.

This year, though, restrictions on socialization, gatherings and travel will leave many Canadians unable to enjoy their traditional long weekend activities.

For those who own cottages and cabins, those traditions often include spending Victoria Day opening these seasonal residences and getting them ready for the summer ahead.

With the Victoria Day weekend upon us, though, it’s clear even that ritual is not allowed in some parts of the country.

Those who live on one side of the Canada-U.S. border and own a seasonal property on the other side are out of luck. The border is closed to non-essential travel until May 21, with talks underway to extend that for at least another month.

Within Canada, the rules vary significantly from place to place based on provincial and territorial public health orders. Cottagers’ rights and desires have been a hot-button issue in some parts of the country, while they’ve barely registered as a concern in others.

Even where cottage visits are allowed, physical distancing requirements remain in place – meaning two metres of space must be left at all times between those who do not live in the same household.

Here is a look at what else cottage owners in each province and territory need to know heading into the first warm-weather long weekend of the year.

The B.C. government is urging cabin-owners not to travel to their vacation properties yet as part of a wider ban on non-essential movement.

“Now is not the time to travel for tourism or recreation,” reads the province’s website.

Additionally, B.C. is advising against non-essential travel at its borders and limited gatherings to a maximum of 50 people.

Albertans are allowed to conduct “responsible travel to campgrounds, summer homes, cabins and cottages” during the pandemic, according to the government’s website.

“Responsible travel” is not specifically defined, but the province notes that gatherings of more than 15 people are not allowed, and says that anytime people from multiple households are together, they should not sing as a group.

B.C. is advising people to avoid non-essential travel at its border with Alberta, and the Alberta government recommends against travelling outside the province at all.

Many Saskatchewan residents looking to visit their cabin or cottage this weekend are able to do so, as there are no specific restrictions on travel within the southern half of Saskatchewan.

The Northern Saskatchewan Administration District – which makes up roughly the northern half of the province – is under a travel restriction that bans anyone from entering or leaving the district for non-essential reasons, including to visit a vacation property.

The province does have a limit on gatherings of 10 people at the most, meaning larger groups should not head to the same cabin.

The Saskatchewan government says anyone living in the province should try to “limit” trips outside the province, except for those who live in border communities and commute elsewhere for work.

The Manitoba government has effectively divided the province into a northern zone and a southern zone, with the line of demarcation located along the 53rd parallel, just south of Grand Rapids.

Remote, fly-in communities are not to be accessed by any non-essential outside visitors.

Beyond those limitations, the province says vacation cabins can open “if people are able to maintain a distance of at least two metres, except for brief instances.”

There appears to be tension between the province, which has asked cottagers to avoid spending time outside their home in seasonal communities, and the businesses in those communities, which worry about the financial repercussions of a slow summer.

Gatherings are limited to a maximum of 10 people.

The Ontario government is urging all residents of that province to stay home whenever possible.

Beyond that, there is no evidence on the province’s website that suggests travel within the province – including to seasonal properties – is in any way limited.

However, Premier Doug Ford has urged cottagers to “hold off” on visiting their properties this weekend after it became clear that many popular cottage communities were uncomfortable with the idea of hosting out-of-town guests.

According to the government’s website, nobody in Ontario should be having any visitors except those they “must” see. Gatherings are limited to a maximum of five people, unless all present are members of the same household.

After initially requiring everyone to stay in their community, Quebec has been slowly expanding the pockets where travel is allowed. A full list is available here.

Outside of those areas that are specifically listed as having been reopened to residents of certain neighbouring regions, Quebecers have been told to avoid non-essential travel outside their home communities. By the letter of the law, this means the only Quebecers able to visit their seasonal properties are those whose cottage or chalet are close enough to their home to be within the same pocket on the list.

Checkpoints have been set up at some key travel points to ensure those entering and exiting are doing so for essential reasons.

However, none of that has been enough to stop some cottagers from heading to their properties.

Premier Francois Legault has said that anyone visiting a cottage or chalet should ensure they do not do anything that could expose others to the novel coronavirus.

The province’s website does not note any specific restrictions on travelling within the province, including to seasonal properties. The province’s top doctor said Wednesday that everyone should still try to stay home as much as possible.

There is, however, a restriction on gatherings of more than 10 people. Additionally, households are limited to having close physical contact with one other household apiece through the province’s “double bubble” rule.

As of May 1, Nova Scotians are allowed to use their cottages along with their “family or household unit.”

Gatherings are still limited to a maximum of five people in any one space at any one time, except for situations where a higher number of people live together in the same household.

Anyone arriving in Nova Scotia from out-of-province is being screened upon entry and told to self-isolate for 14 days.

P.E.I. residents are allowed to move about as they wish within the province, including to seasonal properties. However, non-essential travel into the province – including to cottages – is not yet allowed for non-residents.

P.E.I. has also lifted some restrictions on gatherings and distancing. As of May 8, Islanders are allowed gatherings of up to 10 people outdoors, and up to five people indoors. Additionally, the province says “one or two individuals” can be considered additional members of a household for the purpose of hugs, handshakes and other close contact.

Although the Newfoundland and Labrador government website does not give specific advice pertaining to cottages, cabins or bungalows, it does say that residents should stay home whenever possible and limit their non-essential travel inside the province.

Gatherings are limited to a maximum of 10 people, and a “double bubble” system allows members of two households to socialize together.

Anyone arriving from outside the province is required to self-isolate for 14 days.

Non-Nunavut residents are currently forbidden from entering the territory for non-essential reasons.

There are no limitations on movement for those already in the territory, although there is a maximum of five people allowed at any social gathering.

All non-essential travel into the Northwest Territories is prohibited, and residents are being urged not to travel outside the territory.

The land border between Yukon and B.C. is closed to non-essential movement. Anyone entering the territory from another jurisdiction must provide a detailed self-isolation plan.

Gatherings anywhere in the territory are limited to a maximum of 10 people.