Home  »  News   »   Camper destroyed in fire off Perimeter Highway, but no injuries: RCMP 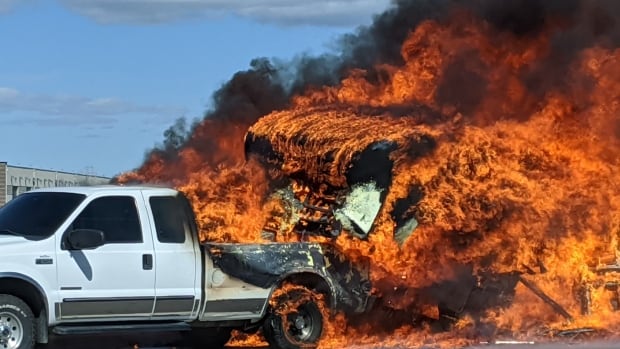 A camper towed behind a truck was completely destroyed in a fire off of Winnipeg’s Perimeter Highway on Sunday, but RCMP says no one was hurt.

Witnesses saw the camper go up in flames around 3 p.m. on Sunday near the McPhillips overpass in the eastbound lanes of the Perimeter Highway.

“It was incredibly hot. I could feel the heat through the wall of my truck as I passed,” said Tyler Robb, who stopped to check and see if everyone was okay.

At that point no emergency vehicles were on scene, he said.

RCMP say shortly after the fire was quickly extinguished.