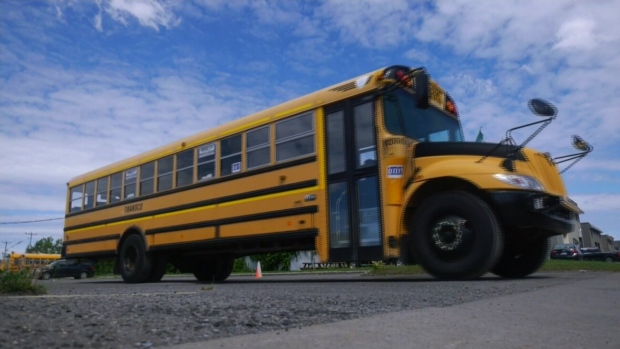 WINNIPEG — Parents in the Winnipeg School Division will need to make alternate plans to get their kids to school on Tuesday morning, as bus drivers in the division have gone on strike.

The United Food and Commercial Workers Union (UFCW) Local 832, the union representing over 90 bus drivers in the school division, confirmed the news on Tuesday morning.

This strike means no buses will take students to school on their first day of classes, with drivers planning to hit the picket lines on Wednesday morning.

The two parties have been engaging in contract negotiations since October 2019.

CTV News Winnipeg previously reported the main issue with negotiations is the province’s Bill 28, which was passed in 2017, but never proclaimed into law. This bill called for a two-year wage freeze for public-sector workers, followed by a 0.75 increase in the third year and one per cent in the fourth year.

A Manitoba judge ruled against the bill in June 2020, and the Manitoba government is appealing this decision.

Schools are set to reopen in Manitoba on Tuesday, Sept. 8.

– With files from CTV’s Rachel CrowSpeadingWings and Charles Lefebvre.