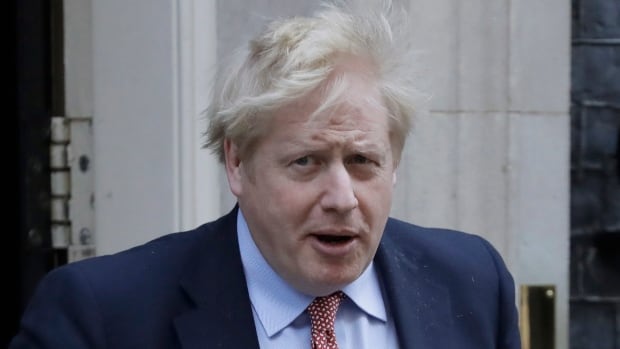 British Prime Minister Boris Johnson has tested positive for coronavirus and is self-isolating but will still lead the government’s response to the outbreak.

“Over the last 24 hours I have developed mild symptoms and tested positive for coronavirus,” Johnson said.

“But be in no doubt that I can continue, thanks to the wizardry of modern technology, to communicate with all my top team to lead the national fightback against coronavirus,” he said in a video message posted to Twitter.

A Downing Street spokesperson said Johnson, 55, experienced mild symptoms on Thursday — a day after he answered at the prime minister’s weekly question-and-answer session in the chamber of the House of Commons.

“The prime minister was tested for coronavirus on the personal advice of England’s Chief Medical Officer, Professor Chris Whitty,” the spokesperson said.

Previously the government has said that Johnson had the option to delegate to Foreign Secretary Dominic Raab if needed.

Johnson’s announcement comes two days after it was announced that Prince Charles, heir to the British throne, had tested positive.

The health minister in the prime minister’s Cabinet, Nadine Dorries, tested positive earlier this month. Dorries returned to the House of Commons on Wednesday after completing her self-isolation period.

So far, 578 people in the United Kingdom have died after testing positive for coronavirus and the number of confirmed cases has risen to 11,658.

Johnson encountered some criticism from the Opposition and in the press for waiting longer than a number of European countries in ordering schools and non-essential businesses closed. Still, his stay-at-home orders on Monday are the most severe restrictions on everyday life imposed by a British government in peacetime..

Over the last 24 hours I have developed mild symptoms and tested positive for coronavirus.<br><br>I am now self-isolating, but I will continue to lead the government’s response via video-conference as we fight this virus.<br><br>Together we will beat this. <a href=”https://twitter.com/hashtag/StayHomeSaveLives?src=hash&amp;ref_src=twsrc%5Etfw”>#StayHomeSaveLives</a> <a href=”https://t.co/9Te6aFP0Ri”>pic.twitter.com/9Te6aFP0Ri</a>