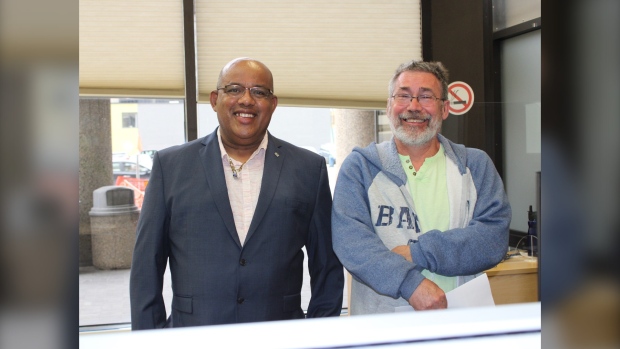 David Morley and Jean Riviere will be splitting a $1 million prize.

According to a release from the Western Canada Lottery Corporation, the pair decided to start playing the lottery together about nine months ago.

Morley picked up the duo’s winning ticket the day before the draw at the 7-Eleven at 701 10 Street in Brandon.

When he checked online the day after the draw, he saw there was a Manitoba winner. Morley started to get his hopes u,p and confirmed them after work, when he stopped in to use a ticket checker at a nearby gas station.

“I called Jean right away, and he yelled ‘woohoo!’” said Morley in a press release. “We were both really happy – it’s unbelievable; just for a few bucks, we get to be one of those people!”

Morley said he’ll use his share of the winnings to help pay off his mortgage, and then he and his wife might consider getting a cabin.

“This is a great win for us at this point in our life,” he said. “Once we pay off the mortgage, the rest of it will all be for ‘dreamy’ stuff.”