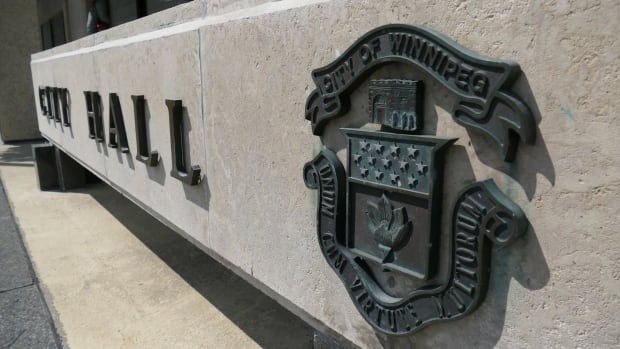 Winnipeg Mayor Brian Bowman is backing a request for billions of dollars from the federal government made by a group of Canada’s municipal leaders, so cities can stave off financial crises caused by the COVID-19 pandemic.

The Federation of Canadian Municipalities has asked for between $10 billion and $15 billion over the next six months for cities from coast to coast.

“Cities across Canada are incredibly important economic drivers for provinces, and in fact for the entire country,” Bowman said Thursday.

“Residents are depending on municipal services more than ever before. Revenues are drying up across the country, while costs continue to rise. Combined with an inability to run deficits, cities are increasingly getting anxious about the future.”

Bowman has noted on several occasions that Winnipeg’s financial state is relatively fine compared to other Canadian cities. But on Thursday he noted “we’re not immune to the crisis facing municipalities, as the length of the pandemic continues to grow.”

Funding would pay for services and fill in revenue gaps. Transit ridership and parking revenue is down as people stay home due to the pandemic, while recreation centres and arenas that would normally be bustling also remain closed.

The result has been staff layoffs to save money and spending reviews to help balance budgets.

The City of Winnipeg lost $12 million in the first month of the pandemic, laid off nearly 700 seasonal workers last week, and on Monday it reduced Winnipeg Transit service and laid off 253 Transit staff.

There is no specific amount that would come to Winnipeg, because it depends on the amount of money available, Bowman said, noting he would appreciate whatever help the city can get.

The main positive of the funding, Bowman said, is it comes directly from the federal government, as opposed to going through the province to the city.

“The opportunity and the possibility of direct funding for operational budgets for municipalities could go a long way to mitigating some of those layoffs, and some of those decisions down the road,” said Bowman.

Asked about the funding request, Prime Minister Justin Trudeau noted municipalities are constitutionally governed by the provinces, but added his government would work with provinces and “directly with municipalities” on issues.

Municipal officials have been making the case for weeks about the need for financial help as they suffer mounting revenue losses, and fear more coming if shuttered businesses fail to reopen once health restrictions are slowly lifted.

Local leaders argue provincial coffers may not be able to help out much more. Forecasts from TD Economics on Thursday suggested GDP contractions and unemployment rates will be sharpest in oil-producing regions, with Alberta feeling the worst of it. Smaller provinces will “see severe contractions” but fare slightly better than Ontario and Quebec, the report said.

In response, the federal government has given money to provinces to cover health-care costs and targeted help for the oil and gas sector. The Bank of Canada has also gone on an unprecedented $50 billion provincial bond-buying program to effectively provide low-cost financing.

Edmonton Mayor Don Iveson, who chairs the Federation of Canadian Municipality’s big city mayors’ caucus, said the national funding request was partly because provinces might not be in a fiscal position to help — unlike the federal government.

“They’ve delivered urgent aid to individuals, to business, and most recently to students, and that’s very positive,” Iveson told reporters on a videoconference.

“We’re now at the point where the crisis in municipal finance needs to be addressed and ideally provinces will play a role, but the buck stops with the federal government.”

New Democrat MP Taylor Bachrach, the party’s critic for infrastructure and communities, said municipal spending cuts would “be devastating to workers and residents” but “also make the recovery more difficult.” He called for a swift spending response.

Federal spending on emergency aid measures is quickly creeping toward $110 billion, not including credit help, with more details expected Friday morning when the parliamentary budget officer weighs in with new forecasts.