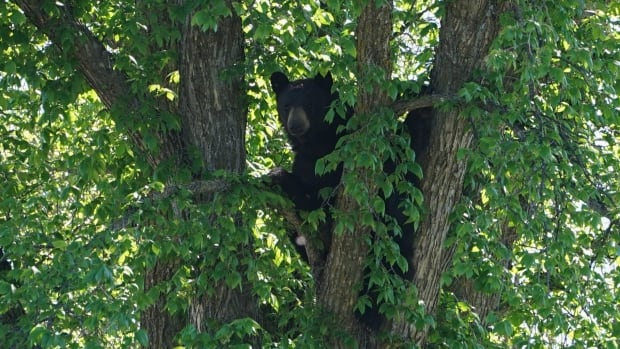 An adult black bear has been strolling through Charleswood Saturday morning.

Officers went to the south Winnipeg neighbourhood after police got a call about the animal from someone on Pepperloaf Crescent just before 10 a.m.

Winnipeg Police Service spokesperson Const. Rob Carver said Manitoba Conservation has been notified and are on their way. In the meantime, officers will stay on scene and ask people to avoid the area.

“It’s dangerous. It’s a full size bear, so we’ve got officers there for this reason,” Carver said.

He said the bear has been roaming around yards in the neighbourhood and at one point climbed up a tree.

“Currently, I believe it is in a yard. It looks relatively contained. But we want to make sure people are safe, so our officers are there trying to keep residents at a distance,” Carver said.

“We’ll make sure everybody’s safe, including the bear.”

Carver said as far as he knows, this is the first call of a bear in the city that Winnipeg police have received this spring.