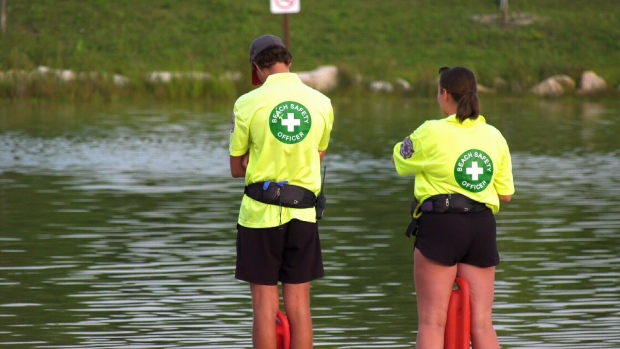 WINNIPEG — Visitors to the Birds Hill Provincial Park beach were evacuated Friday afternoon for what was later determined to be a training exercise.

Manan Trivedi was enjoying the day at the beach with his family, when he said late in the afternoon the entire beach was evacuated.

“They started searching the water, they evacuated everyone off the sand,” he told CTV News. “They were searching in the water – they were all cued up and lined up, a bunch of lifeguards were walking together, trying to see if there was something in the water.”

He said there was also a boat on the water.

Trivedi said the evacuation lasted about an hour before people were allowed back on the beach.

RCMP later confirmed with CTV News that there was no emergency water rescue Friday afternoon in the park.

“We’ve been advised that the lifeguards were conducting drills and most likely someone did not realize what was taking place and called it in,” a spokesperson for the RCMP said.

Trivedi was not the only one to think there had been an emergency. People started posting about the incident on social media, thinking an emergency had occurred.

“We all got out of the water, and then more people in vests came around telling us that we all needed to leave the beach,” Shelley Cook said in a post on Twitter, adding she was ‘shook’ by the incident.

The province also confirmed with CTV News that the evacuation had been for a training exercise.