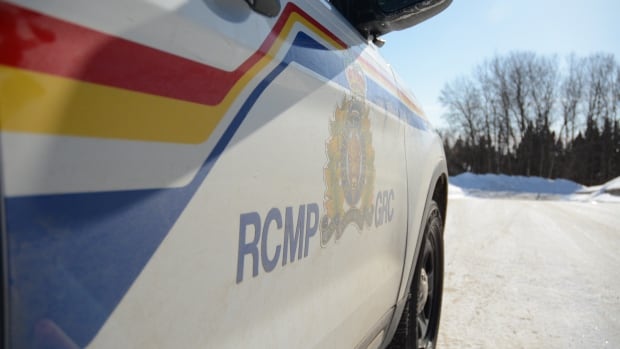 RCMP in southern Manitoba have arrested two people — and are searching for a third — after a series of events that began with a report of suspicious activity and led to a police chase, an RCMP cruiser being rammed, and the theft of two vehicles, police say.

Just before 6 p.m. Wednesday, RCMP in Beausejour — about 50 kilometres northeast of Winnipeg — received a report of a suspicious vehicle stopped near a home on a road in the rural municipality of Brokenhead.

Two men and a woman were spotted unloading an ATV from a truck and trailer by a citizen, RCMP say. When approached, the three loaded the ATV back onto the trailer and drove away.

The citizen followed the truck to the intersection of Highway 12 and Highway 44, near Beausejour, until the people in the truck got out and slashed the tires of the citizen’s vehicle. The truck then sped off, police say.

Then, around 6:45 p.m., an RCMP officer from the Selkirk detachment spotted the truck driving on Highway 59, and tried to pull it over.

The truck turned onto Garven Road, before heading south on Fairview Road toward a dead-end. The truck then backed into the police cruiser, and once again sped off, police say.

Mounties chased the truck down Garven Road until it drove into a ditch. Two men in the truck ran away on foot, but a woman who was in the vehicle was arrested at the scene, police said.

Not long after, RCMP officers got a report that two vehicles had been stolen nearby: one was heading south on Provincial Road 207, while another drove east on Springfield Road, near Oakbank.

Officers saw a vehicle “a significant distance” away speeding on the 207. Police pursued the vehicle to the intersection of Highway 1 and PR 207 — at the southeast perimeter of Winnipeg — where the vehicle hit a light standard, RCMP say.

The driver tried to run away, but was arrested by officers.

The man, 26, and woman, 27, face multiple charges and remain in custody, RCMP say.

The investigation is ongoing, and police are still searching for the third suspect.