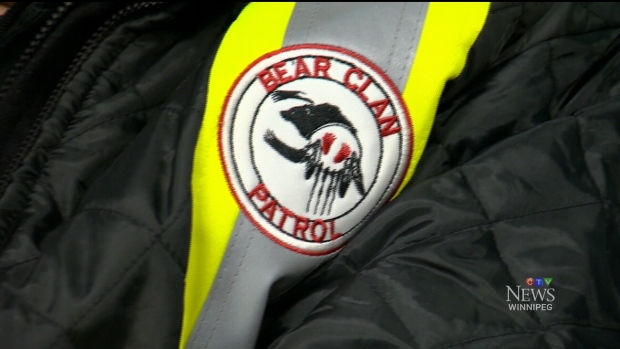 WINNIPEG — The Bear Clan Patrol is set to receive $228,000 in support of their weekly food deliveries to Winnipeg’s most vulnerable.

“This is part of $305 million that went out to Indigenous communities across Canada, Metis and First Nation and Inuit as well as some dollars for Urban Centers,” Vandal said. “We know that Winnipeg has one of the largest Indigenous populations of all of Canada and there’s a great need there.” Vandal said the Bear Clan Patrol put forward a proposal to put food hampers together.

“Bear Clan has a tremendous reputation. They’re a grassroots organization that really gets the community organized. And it’s a good investment and its going to help people who need the food,” Vandal said.

The Bear Clan’s executive director James Favel said they are providing food to people all over the city.

“We’re serving the whole city now really. I was just in North Point Douglas and then to Transcona. We’re all over the place. We have people all the way out in Buchannan,” said Favel, adding the responses from the families has been amazing.

“A lot of the time when we come to the door people want hugs and are shedding tears, and promise to come help when they can and that’s more than we ask for,” Favel said. “It’s hard not to hug them, but we can’t right now.”

Minister Vandal said seeing the success of the Bear Clan makes him feel good for the city.

“It makes me feel very proud of Winnipeggers,” he said. “We know that we are living in extraordinary times with this pandemic that’s going on, it’s affecting everybody. But it’s especially affecting the most vulnerable, those that have less. Bear Clan has always been there to support the individuals in the vulnerable communities and that need the help.”

Favel Told CTV News a large portion of the food they get is donated from stores like FreshCo and Sobeys. Both stores have donated thousands of dollars’ worth of food, Favel said.

He said he’s not surprised by the amount of generosity they are seeing.

“I’m grateful. I’ve been doing this for five and half almost six years and in the beginning it was tough to get anything going, but things are coming pretty freely now,” said Favel. “People recognize who we are and we do as we say and say what we do.”

Volunteers for the group are staying busy. Favel said they have continued to give out food from their location on Selkirk five days a week. Since March 29, he said they have brought in 45,000 lbs of food.

“They are doing double duty,” he said, adding they are getting 325 hampers ready to go. “It’s a lot of work.”