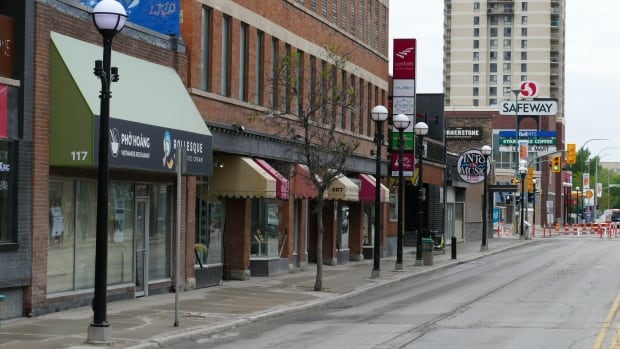 The City of Winnipeg’s auditor has found numerous concerns with how the Osborne Village Business Improvement Zone managed its finances.

Cheques written from the BIZ accounts bounced and many were written without proper authorization, the auditor says in a report for city council’s executive policy committee.

The city launched the investigation after hearing allegations about a lack of financial oversight of the day-to-day operations of the BIZ, and that some vendors were not being paid for work they did for the business organization.

The investigation found “there was a lack of oversight and consequently a lack of proper authorization on several transactions,” and “funds were expended without due regard for economy or efficiency,” auditor Bryan Mansky says in his report.

Auditors identified 35 cheques written by the BIZ that came back as “non-sufficient funds” (NSF), 50 transactions without proper supporting documentation and 37 cheques that didn’t have proper signatures.

The review, which focused mainly on transactions in 2018,  also found that as of the end of that year, the BIZ hadn’t filed financial statements to the city, as required under a city bylaw, for several years. Those financial statements — for the years from 2014 to 2017 — were later filed, the report says.

While the audit found there wasn’t appropriate oversight of the BIZ’s spending, it did not conclude anyone was committing fraud.

“The unsupported items include a wide variety of expense types that appear to be transactions that would occur in the normal course of business,” the report says.

“The conclusion of the investigation is that the transactions are not likely unauthorized use of Zone funds.”

Auditors looked at hard copy and electronic records of the BIZ and held interviews with previous and current board members and staff, the city’s auditor says in the report, which is scheduled to be presented to the city council’s executive policy committee at its Sept. 21 meeting.

Since the period the audit focused on, the BIZ had undergone a leadership change, with a new executive director appointed in 2019.

Brian Timmerman took the position in June of last year.

He says the organization has sorted out the past financial difficulties and will show a surplus going into next year.

The investigation by the city auditor is an accurate portrayal of what occurred under the previous manager of the BIZ, Timmerman says, but adds “nothing untoward” was uncovered.

“It never rose to level of criminality,” Timmerman told CBC News on Thursday.

Any BIZ vendor or supplier that was owed money was repaid, he said.

The BIZ also hired an accountant hired to clean up its books, who has stayed on to keep the organization’s fiscal affairs in order, he said.

The BIZ remains “under a microscope” by the city, Timmerman says, and appropriately so, given the result of the audit.

CBC News has also contacted the former executive director of the BIZ for comment.