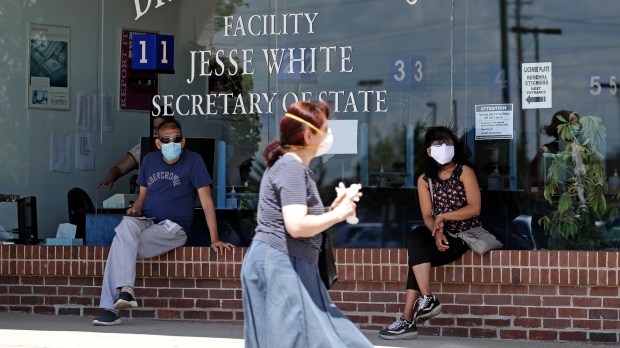 TORONTO — As public transit and businesses in Ontario begin mandating face masks, new research shows that they can save thousands from COVID-19 infection.

The researchers examined the infection trends in New York City, Italy and Wuhan, China and compared them to the dates where infection mitigating measures were implemented, such as physical distancing, stay-at-home directives and mandatory face masks.

The study found significant declines in new infections in both regions in the days that followed these measures.

“We conclude that wearing of face masks in public corresponds to the most effective means to prevent interhuman transmission, and this inexpensive practice, in conjunction with simultaneous social distancing, quarantine, and contact tracing, represents the most likely fighting opportunity to stop the COVID-19 pandemic,” the report states.

More than 50 countries have already made face coverings mandatory when in public.

The study comes as the province of Ontario announced it will ask every person taking public transit to wear a mask, beginning on July 2.

In Toronto, this move will be made mandatory, with the Toronto Transit Commission offering 1 million free masks to get the program started.

“This will help to stop the spread of COVID-19 in our city,” Toronto Mayor John Tory told reporters.

In Ottawa, transit officials have begun preparing riders with instructional videos on mask use, while in Guelph, Ont., masks are required to enter any store.

“This will allow us to safely reopen, to remain open, and to keep our economy moving forward,” said Dr. Nicola Mercer, the medical officer of health for Wellington-Dufferin-Guelph.

In May, more than 100 of the world’s top scientists and doctors signed an open letter calling for government’s to require people wear face coverings while in public.

A similar letter was recently signed by doctors in Canada, which called on the government to implement mandatory masks nationwide, excluding young children and people with medical conditions or disabilities.

“Our goal is to reduce all cause mortality both during and after the COVID-19 pandemic,” said Dr. Jennifer Kwan, a family physician and one of the organizers of #Masks4Canada. “We would ask that masks be used as part of the interventions to allow for a safe a sustained reopening of the economy.”

Still, there are concerns with mandating these masks, particularly among people who might not be able to afford them or those who have a hard time breathing with them on.

“I have seniors who come into my office who can’t breathe when they’re wearing their masks and I say to them: ‘Take off your mask, I’m wearing a mask,’” said Ottawa family physician Dr. Nili Kaplan-Myrth. “We don’t want to be just policing in a way that is penalizing people for not wearing a mask.”

Kaplan-Myrth is also deeply concerned with people who can’t afford o buy a mask being forced to do so.

“Any amount of costs associated with a mask can be a barrier.”

The TTC has said it will not enforce a fine among passengers not wearing a mask and will instead focus on emphasizing benefits of wearing one to protect the most vulnerable people.