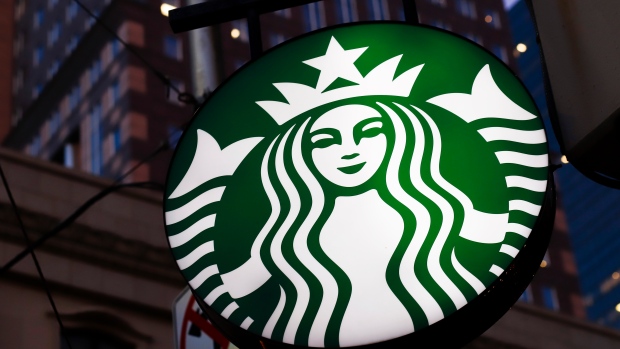 TORONTO — It was already shaping up to be a bad year for Canada’s retail landscape even before the pandemic, but as 2020 approaches the halfway mark and provinces start to slowly reopen, at least one retail analyst predicts thousands more stores and restaurants could shutter in Canada by next year, with the effects felt for years to come.

“I’ve never really been in this type of situation before where we aren’t able to quantify or figure out everything that’s happening,” said Craig Patterson, a retail analyst and founder of Retail-Insider.com.

“Already, it was quite a challenging time for the industry coming into this whole COVID-19 thing, so we weren’t super confident that all retailers would make it. And then all of a sudden, many retailers … were forced to close their doors for, in some cases, over two months, and that, for some, created a catastrophic situation.”

Since January, more than a dozen chains have announced Canadian closures or filed for credit protection with plans to restructure. It’s a major upheaval in the industry that has been brewing for years, as retailers struggle to innovate and survive amid intense competition in an increasingly digital and “experiential” environment.

Patterson told CTVNews.ca that COVID-19 — which saw most non-essential businesses across the country temporarily shut their doors — could accelerate many of the expected closures. Some businesses may be able to hang on with the help of government support, he said, but the holiday shopping season at the end of this year could determine their longer-term survival.

Coresight Research predicted last week that as many as 25,000 retail closures could be announced in the United States this year. For Canada, that could theoretically mean 2,500 stores, said Patterson.

“I would suspect it could be more than that for Canada — 2,500, but again, it remains to be seen,” he said, adding that would not include food services businesses.

Meanwhile, Canadian-based companies have been busy filing court documents since May: Coalision, the Montreal-based parent company of yoga wear brand Lole filed a “Notice of Intention” in late May to reorganize under the Bankruptcy and Insolvency Act that went largely unreported. The company had already been facing financial difficulties in recent years; COVID-19 exacerbated its problems. Retail brands under the Comark Group – Bootlegger, Cleo, and Ricki’s, as well as footwear company Aldo Group and Reitmans have all announced restructuring plans under the Companies’ Creditors Arrangement Act. Reitman also announced this month that its Addition Elle and Thyme Maternity banners will also shutter.

And these are just to name a few. Across the country countless more “mom and pop” stores and restaurants have or are expected to close — some lamented by loyal customers on social media, others disappearing and shutting down without any public fanfare.

South of the border, the pace is accelerating: this past week alone, various retailers announced the closures of some 2,100 stores.

Restaurants and other food businesses — already financially stretched — will also face additional challenges. They typically operate with very low margins, and many are making very little off delivery during the pandemic, particularly given the exorbitant fees delivery app companies charge restaurants. With distancing limitations around dining space when they reopen, for example, that will likely continue to hit the bottom line.

“What happens if let’s say 30 per cent of restaurants in Canada don’t make it — basically do the math — how many restaurants are there … I’m sure that’s well into the thousands,” said Patterson.

“It’ll be a lot of commercial vacancies in the next few years.”

Patterson said all these closures will transform shopping centres and beyond — possibly for years.

“It’d be so hard to quantify those numbers but it’s going to be noticeable. It’s going to certainly change the face of certain neighborhoods for a period of time,” he said.

And with talk that some companies, like Twitter and Shopify, may allow their employees to work from home “forever,” there is the added concern that it will not only add to the potential influx of unoccupied commercial real estate, but also further hurt retailers and restaurants whose businesses are very reliant on the office population.

Even if the economy bounces back to a degree quickly, consumer spending habits and ideologies could become more conservative over the long term, which will have a lasting effect on the retail industry, Patterson predicted.

“That’s sort of our World War whatever, as well as our Spanish Flu of 1918, the Depression — where people, after these large events, will change their [spending] patterns,” he said.

But it’s not all bad news.

The wider retail industry was already in a period of massive change as traditional brick and mortar companies adopted new technologies, beefed up their online presence, and explored “experiential” ways to lure shoppers into their stores with innovative showrooms.

“I think that what we’re going to see with COVID-19 is actually this is going to accelerate a lot of the trends that we were already seeing in terms of change in retail,” Patterson said.

“Tens of millions of dollars or more — probably hundreds — were put into helping businesses amplify their online presence. This is really going to be a win for online shopping. We see many consumers already buying things online during this time because doors are closed.”

Last week, Digital Main Street, a joint program between the City of Toronto and the Toronto Association of Business Improvement Areas, received $57 million in total grant money from the Government of Canada and Ontario. The bulk of the fund goes toward the organization’s grant program, allowing small businesses and artists to create or enhance their online retail stores. Private grants, like the $3.5 million announced by Facebook for Canadian small businesses, are also becoming available, both to provide pandemic relief and also help these companies become more e-commerce friendly.

“The world I think will be a bit of a different place,” said Peterson.

“Some of the most inventive people in the world are involved in retail, so this could be an exciting time but it’s also going to be a very challenging time for those that have been in business for many, many years, and that may not have changed their ways, and may not know how.”