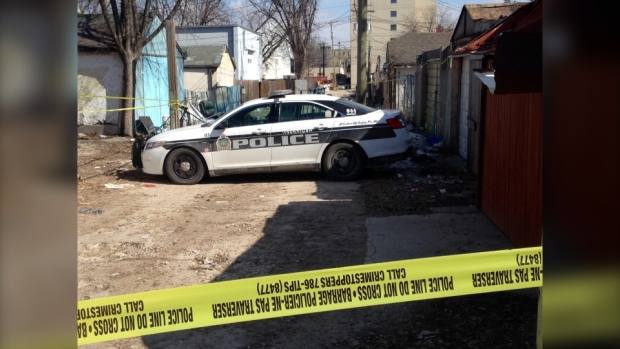 WINNIPEG — A 20 year-old Winnipeg man has been charged following what police are calling a random shooting death in the Centennial neighbourhood earlier this month.

Brian James Brisson, 57, was found suffering from a gunshot wound near the area of Isabel Street and Ross Avenue on April 15. He later died in hospital from his injuries.

According to police, Brisson was reportedly feeding stray cats in the area at the time of the shooting.

As police were investigating the shooting, they learned a 21-year-old male was shot at while cleaning debris in the back lane between William Avenue and Elgin Avenue, just prior to the homicide. The male was not hit and was able to flee to safety.

“Police allege both Brisson and the 21-year-old male were shot at without provocation, and were not known to the suspect,” a release stated.

Darian John Thomas, 20, was arrested Monday in the Centennial neighbourhood. He has been charged with second-degree murder, attempt to commit murder using a firearm, discharge a firearm with intent and carrying a concealed weapon, prohibited device, or ammunition.

Thomas was detained in custody. The charges have not been tested in court.