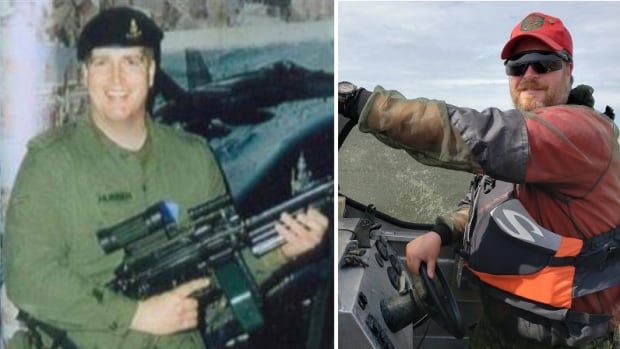 The armed Manitoba man arrested after ramming his truck through the front gate of the Ottawa property where the prime minister lives is being described as a pleasant man.

Corey Hurren, of Bowsman, Man., was a “good community member,” known for his friendly demeanour behind the local grocer’s meat counter, and cooking garlic sausage his customers raved about, a community member said.

“When I walked by him, it was not just, ‘No answer,’ it was, ‘Hello, how are you doing today?'” said Walter Pacamaniuk, reeve of the municipality of Minitonas-Bowsman.

Pacamaniuk said he didn’t know Hurren personally, aside from their friendly but brief interactions at the Co-op grocery store in Swan River, Man.

“We’re all a bit shocked that something happened in Ottawa,” he said.

Hurren, whom CBC News has confirmed as the man in custody, was armed when his vehicle ran into the main pedestrian entrance at Rideau Hall Thursday morning around 6:30 a.m. ET.

The suspect ran off toward Rideau Hall greenhouse, until he was “rapidly contained” by police members on foot, RCMP said. He was arrested without incident.

While both Prime Minister Justin Trudeau and Gov. Gen. Julie Payette reside on the grounds, neither of them were present at the time.

Sources say Hurren had driven from Manitoba and had a long gun and a note in his possession. His vehicle had Manitoba licence plates.

He was living in Bowsman, which is 386 kilometres northwest of Winnipeg. The community of under 300 people is one of the most northerly farming communities in the province.

He recently rejoined the military as a Canadian Ranger, which is a component of the Canadian Army Reserve that serves in remote and coastal regions.

He appears to float a COVID-19 conspiracy theory on the morning of his arrest. Within an hour of Hurren entering the Rideau Hall grounds, a Facebook page associated with his Grindhouse Fine Foods business posted a meme of a big outdoor party after the lockdown.

The post directs people to look up “Event 201,” a conspiracy theory that suggests Microsoft co-founder Bill Gates is behind COVID-19.

Otherwise, Facebook posts from Hurren’s business appear to poke fun at the hardships and apocalyptic fears spawned by the pandemic.

The page shows a fondness for the military as well.

Many of the posts to his business’s page are written in the first person. For instance, he writes he signed up for the military patrol in the Swan River Valley as soon as he heard about it.

He holds a leadership position and has trained with the coast guard and search and rescue experts. He’s led wildlife survival training courses and was on the ground for the northern Manitoba manhunt last summer.

In the same post, Hurren briefly acknowledges that his meat-selling business is on pause during the pandemic.

“I am not sure what will be left of our economy, industries, and businesses when this all ends,” he writes.

“I would like to continue on with my meat products when my volunteer contract with the military is done, whenever that is.”

He’s known for his “Ring of Fire” jalapeno garlic sausage brand, which his Facebook page says is a must-have for “hot and spicy fans.”

Dragons’ Den judge Arlene Dickinson once posed with a sample of his product.

The Swan Valley Star and Times reported in 2018 that Hurren’s “ring of garlic sausage with a considerable kick” was hard to find at the Co-op grocery store where he’s the in-house meat expert.

He told the newspaper he always liked spicy foods and figured a fiery garlic sausage would be well received.

A LinkedIn page under Hurren’s name notes he started the business in late 2014.

He grew up on a farm in the Swan River Valley and worked in different parts of the meat and livestock industry for more than 20 years before starting Grindhouse Fine Foods,

The page says he studied computer and information sciences at Brandon University and Red River College in Manitoba.

A Facebook post from the Bowsman Lions Club said Hurren served with the Royal Canadian Artillery in the late 1990s in Yorkton, Sask.