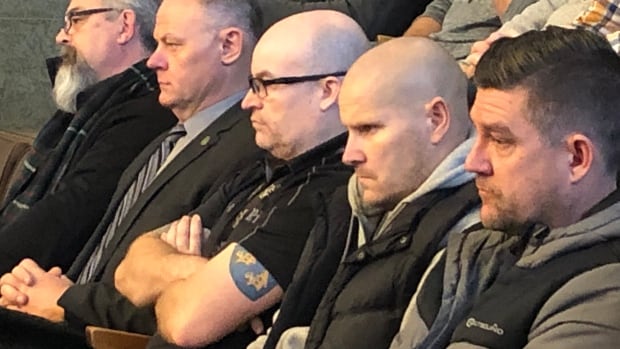 A ruling by a provincial arbitrator has sided with the union representing Winnipeg police officers, leaving the city with a big penalty to pay and a gaping hole in its financial plans.

The provincial arbitrator awarded damages of $40,000 to the Winnipeg Police Association and $400 to each member of the service.

The current roster of officers is more than 1,400, meaning the city will pay out more than $560,000 in additional penalties for what arbitrator Michael Werier said took into account “the stress placed on police officers who were considering their retirement options.”

City council voted last December for changes to the pension plan with the hope of saving approximately $12 million.

The city believed it would save $5 million by equalizing contributions between itself and the members over a five-year period and another $5.5 million by altering early retirement provisions.

The arbitrator saw things much differently from the legal opinion the city had when it chose to end negotiations with the union.

Winnipeg Police Association president Moe Sabourin said, in a message to officers, the WPA was “thrilled with today’s decision.”

“We have said all along, the changes to our pension benefits imposed by Mayor Bowman and his inner circle on city council are a violation of our collective bargaining agreement — and the arbitrator’s ruling means they must be fully reversed.”

Coun. Kevin Klein, who is also chair of the Winnipeg Police Board, told CBC News mayor Brian Bowman “gambled and lost” on arbitrarily trying to change the police pension without more negotiation with the union.

“I know the service members were willing to do a little give and take, but when you don’t have a plan and go all-in, I’m terrified,” Klein said.

A spokesperson for the city reacted Friday evening with a brief statement.

“While we respect his decision on the matter, we are disappointed in the decision. We are reviewing the reasons outlined in the award and will be considering all options available to us,”

A brief statement from Bowman’s office said “the mayor will take time to review the arbitrator’s decision and in dialogue with the public service, consider all options available to the City of Winnipeg.”

A release from the WPA says the union looks forward to working with the city and mayor Bowman on crime issues and hopes to restart negotiations on the pension issues, once the current health crisis is over.

“Once the pandemic threat has passed, we look forward to engaging in a constructive dialogue with the city and working within our established collective agreement process so both sides can deliver for the people of Winnipeg,” the WPA said in its statement.