The North Winnipeg Nomad Football Club said at least seven rooms in its facilities have been broken into in recent weeks and coaches are arriving to a field sometimes littered with used needles, weapons and bedding used by squatters.

Club secretary Beth Mason showed CTV News holes in walls and fences left behind by break-ins and empty shelves in a canteen she said used to be teeming with snacks. 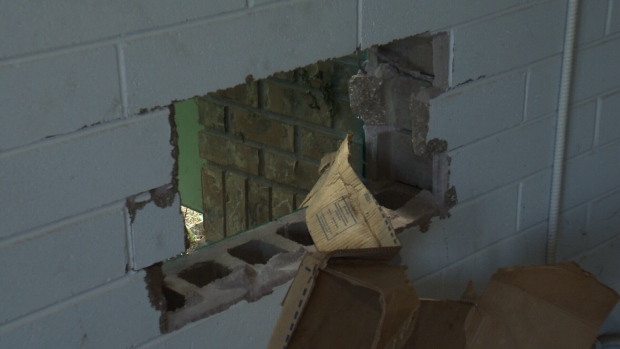 “We just want to have a safe place for our kids to play,” she said, adding that the club reported to police and is taking steps to ensure the field is clear before players head out. She said the Bear Clan provided it with a sharps container for used needles during a visit.

Mason said there have been break-ins at the club in the past, but nothing compares to the level of crime experienced this year.

Clint Wiebe coaches a Nomads team in an under-12 division.

“I try to arrive as early as possible, but every time I seem to arrive, it’s something new,” he said, adding the kids are often curious about what he’s dealing with.

“We just try to keep the focus on football,” he said. “Just focus on why they’re here, and not to worry about that, that’s something they don’t have to worry about. We just tell them we’ll take care of it.” 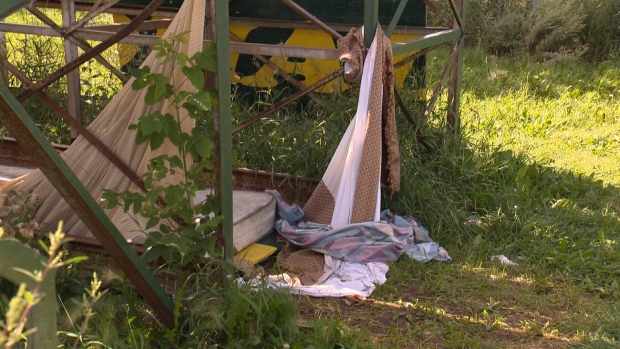 And while he doesn’t let on, he said the incidents have left him concerned.

“It’s safety, because you don’t know what’s lying around,” said Wiebe. “We do our best to try and find everything, but I don’t know, sometimes, you could miss something.”

Taking a toll on funds

Mason said the club fundraises for its teams and that money is being diverted.

“The fundraising that we do is supposed to go back to the kids, for new equipment and helmets and practice gear and all that stuff,” she said, explaining that they’ve spend money to repair a fence, only to have it ripped again.

“It’s hard to replace this stuff. It costs money,” said Wiebe. “We’re trying to give the best experience for the kids here, and we need money also for that, but it seems like that is going elsewhere.”

Mason said the facility is used for practices three or four days a week and for games on weekends, with players ranging from age 8 to 18.

“It makes it very scary for people for anybody that’s coming in here by themselves, because you don’t know what you’re walking into,” she said.

“There could be people sitting on the bench, there could be somebody sleeping under the bleachers. I mean it’s very disheartening to know that you have to come with a crew of people instead of just by yourself to get something that may have been forgotten, or to get equipment for kids who needed to play football.”

Winnipeg police confirmed it’s received one report of a break-in and said it has had no other calls to the Nomads Football Club this year.

The City of Winnipeg said homeless camps should be reported to 311 so staff with the Main Street Project can do outreach.

It also said if a camp poses a risk to the public, police will get involved.

The city also said when it comes to needles being left on a private property, like the Nomads facility, the owner should contact Street Connections for cleanup.