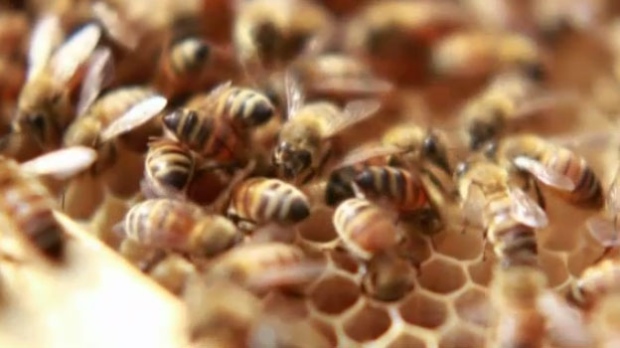 WINNIPEG — For an industry like beekeeping, many operations across Canada and here in Manitoba rely on skilled foreign workers. With so many travel restrictions in place due to COVID-19, local beekeepers worry they may not have enough help this year.

“We use temporary foreign workers because, what we call the spring build up time is a very crucial time in beekeeping, and it requires employees and people with very skilled technical aspects,” said Osee Podolsky, the labour board chair for the Manitoba Beekeepers’ Association.

“You need to know diseases and how to identify them, and know how to correctly treat a hive, and understand what it needs to excel and grow.”

Podolsky said Manitoba usually brings in about 120 foreign labourers each year to help with the beekeeping season. He said the majority, usually about 85, come from Nicaragua, with the rest typically coming from the Philippines, Mexico and Argentina.

So far, He said only about 45 have arrived. Earlier this week the Canadian Honey Council chartered a flight to bring the first group of workers to Canada.

Podolsky said more workers will be coming, but it’s still too early to say how many and when exactly.

“We are short on how many we typically have at this point in the season, so it is all hands on deck right now,” he said.

Podolsky said in a normal year, the workers arrive in waves, but that may not be the case this year.

“Our most experienced employees will come early in the spring for the build up at that point, and employees with other skills will come at a later time, or as the season ramps up, and more and more labour is required” he said. “But a lot of them will most likely be coming earlier in the season, just with the risk of: this may be our last chance to get them.”

Podolsky said Manitoba beekeepers do try to hire Canadian staff when they can, but it’s a highly skilled position that can be difficult to fill locally.

“You need about five years of experience for this critical, technical spring work,” he said. “It is a skilled trade. The have spent years understanding how a beehive works, and knowing how to identify the hive health issues, the diseases, nutrition, and how to help that hive grow.”

Once the temporary foreign workers arrive, they have to self-isolate for 14 days. Podolsky said beekeepers are working with both Health Canada and the Canadian Honey Association to ensure all proper protocols and guidelines are being followed to ensure the health of Canadians.

Earlier this week, the federal government announced $50 million in funding for farmers and food processors to help foreign workers self-isolate. The funding works out to about $1,500 per worker, which can be used to cover wages while they’re in quarantine, or the costs of space to isolate for the two weeks.

“We’re trying to do everything to ensure the safety and wellbeing of Canadians,” he said. “The beekeeping industry is a vital part in maintaining the food safety for Canadians. Pollination is very critical and crucial for crop yields, whether it be vegetables, fruits, or crops such as canola. We have to look at the possibility of other countries cutting exports.”

Podolsky said annually Manitoba produces around 19 million pounds of honey, and has more than 110,000 honey colonies cared for by Manitoba beekeepers.