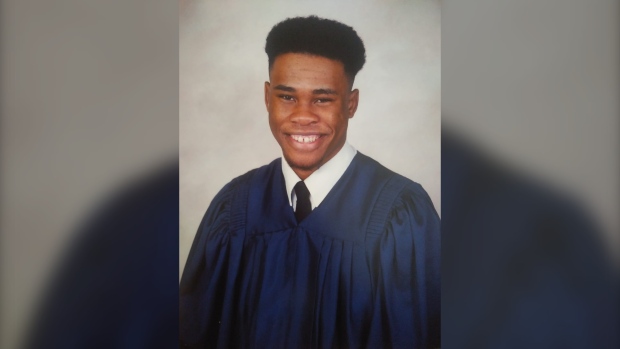 MONTREAL — Quebec has seen very few deaths among young people during the pandemic, but on Thursday the province’s health department confirmed a 19-year-old has died from the disease.

The young man has been identified as Don Béni Kabangu Nsapu.

The death was confirmed by Facebook group Congolais De Montréal. According to the group, the 19-year-old died on Aug. 16 at the Pierre-Le Gardeur Hospital in Terrebonne.

A GoFundMe page has been setup in an effort to raise money for the man’s funeral.

“Our brother, son and friend Don Béni Kabangu Nsapu left us too early at the age of 19 on August 16, 2020 following complications from the coronavirus,” the page reads. “He was born on March 15, 2001 in Kinshasa, Congo (DRC) and he is survived by his parents… as well as his brothers and sister.”

Because of privacy laws, the health department could not provide many details on the man’s death.

Young people have been far less severely affected by COVID-19 than adults and especially older adults. No children have died in Canada so far from the disease, Dr. Marc Lebel said Thursday as he explained the province’s new guidelines around school exemptions.

But a Montreal epidemiologist, Dr. Christopher Labos, said that the news of Nsapu’s death should come as a reminder that COVID-19 is a very dangerous disease.

“We have been veering towards complacency, and I think this death, tragic as it is for the individual, is a wakeup call that we cannot become too complacent,” he said.

This is a developing story that will be updated.