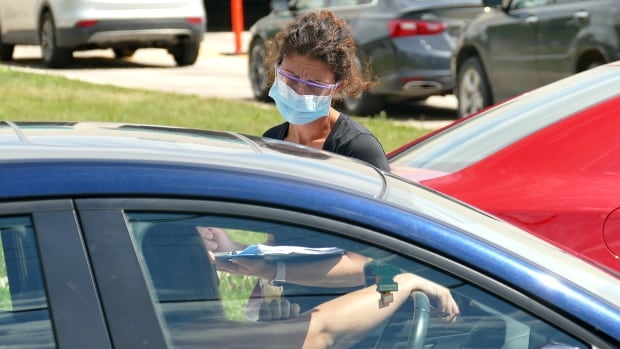 There are nine more people in Manitoba with COVID-19 as of Friday, provincial health officials say.

Initial investigations show the two cases in the Southern Health region are not connected to the outbreak at the Bethesda Place personal care home in Steinbach, Man., the release says.

Investigations continue, and more information will be announced if a risk to public health is identified, the release says.

There are now 11 people hospitalized with the illness in Manitoba, including one person in intensive care, down from 12 hospitalizations on Thursday.

Manitoba’s five-day test positivity rate — a rolling average of the COVID-19 tests that come back positive — is now 1.4 per cent, up slightly from 1.3 per cent Thursday.

The new cases bring Manitoba’s active COVID-19 caseload to 422. To date, 1,273 cases of COVID-19 have been identified in Manitoba and 835 people have recovered, the release says.

On Thursday, two more deaths linked to an outbreak of the illness at the Bethesda Place personal care home in Steinbach, Man., were announced. That update brought Manitoba’s coronavirus-linked death toll to 16, including four who were residents at the care home.

As of Thursday, six care homes in the province had declared COVID-19 outbreaks: the one in Steinbach, plus three in Brandon and two in Winnipeg. That jump is likely because of an overall increase in cases in the province, Chief Provincial Public Health Officer Dr. Brent Roussin said on Thursday.

Someone in the Prairie Mountain Health region was fined for not self-isolating this week, Roussin said, which was the first time the province used new powers that allow it to punish COVID-19 rule breakers.

The province will let the public know when a school identifies an infectious COVID-19 case among students or staff, Roussin said as schools prepare for students to start on Sept. 8. That will happen once close contacts are identified, he said.

On Thursday, 1,737 more COVID-19 tests were completed in Manitoba, bringing the total number done since early February to 142,718.

Travel restrictions to northern and remote Manitoba communities are now back in effect, as a result of more cases of COVID-19 popping up in the southern half of the province. Travellers are also asked to respect any additional restrictions put in place by First Nations, the province’s Friday news release says.

With the long weekend coming up, people are also being reminded to keep following fundamental COVID-19 protocols like physical distancing and avoiding unnecessary stops while travelling.

With Manitoba students set to go back to class Tuesday, the province also released a locally produced animated videoon Friday that teaches young children how to wear face masks.

The province also said Friday that some COVID-19 test sites have changed for the long weekend. Information about that is available on the province’s website.

The next news conference with Manitoba health officials is scheduled for Tuesday, because of the holiday Monday, the release says.