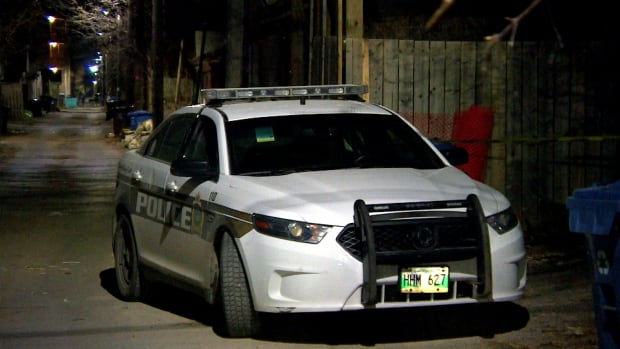 Winnipeg police say nine stabbings occurred between Friday and Monday, including one where a 17-year-old was stabbed by a 14-year-old.

“Some of them involve either drinking or the use of drugs. Some of them occurred at different times, so we really don’t have anything that links any of these incidents,” Const. Jay Murray said at a press conference on Monday.

“It was a very busy weekend.”

On Friday just after 3:30 p.m., police were called to a downtown apartment building on Hargrave Street between Portage and Graham avenues.

Police found a 60-year-old man who was hurt and took him to hospital in stable condition, Murray said.

Investigators believe he was walking with a group of people when a 19-year-old approached them over a broken window and stabbed him.

The young man is facing charges for assaulting the 60-year-old and for uttering threats.

On Saturday, police were called to the Richmond West neighbourhood where they found a 17-year-old boy who had been stabbed multiple times. He was taken to hospital in unstable condition, Murray said.

Police believe the 17-year-old tried to rob a 14-year-old he knows, but the 14-year-old retaliated with a knife.

Just before 2 a.m., police went to a bar on Main Street between Smithfield and Rupertsland avenues where they found a 32-year-old man who had been stabbed while walking there.

He was taken to hospital in stable condition, and police are still investigating.

Just a few minutes later, police went to a different bar on Arlington Street between Logan and Alexander avenues for reports that a man had been shot.

Shortly after, a 44-year-old man went to hospital. Police think he was stabbed during a fight at the bar.

A gunshot was fired, but police don’t think it hit anybody, Murray said.

Later that day, just around 1:30 p.m. police were called to a hotel on Main Street between Higgins and Jarvis avenues where a 53-year-old man had been stabbed.

Police arrested a 48-year-old woman who allegedly robbed the man.

“We’re not sure if the two knew each other,” Murray said.

Just before 3 p.m., police went to a different hotel in the same area where officers found a 46-year-old man who had been stabbed.

He was taken to hospital in unstable condition.

A 39-year-old man and 27-year-old woman are facing charges of aggravated assault and possession of a weapon. Police believe the attack occurred over an allegation of stolen drugs.

Later that evening at around 9:15 p.m., police were called to St. George Road between Fernwood and Thorndale avenues for a stabbing.

Shortly after, a 34-year-old man arrived at a nearby hospital with serious injuries.

Police believe he was stabbed when he and a group of people attempted to break into a house where there were drugs.

He’s facing charges, including assault with a weapon, possession of a weapon and breaking and entering.

Another member of the group, a 33-year-old man, is facing three charges of theft under $5000 and breaking and entering.

The man who lives in the house is facing a number of drug possession charges related to meth, cocaine and marijuana.

Early Monday, just after 1:30 a.m., police were called to Selkirk and Charles Streets for a stabbing.

Police found a severely injured 40-year-old man who they believe was swarmed and stabbed by a group of people.

No arrests have been made, Murray said.

Then, just after 5 a.m., police went to found an injured 47-year-old woman behind the University of Winnipeg on Ellice Avenue.

Officers believe she was stabbed during a fight with another woman. A suspect is in custody, but the investigation is ongoing.