The previous record was 42 cases, set on Saturday.

“This is a wake-up call to Manitobans to again focus on the fundamentals,” said Roussin.

Of the 72 new cases, 45 are in the Prairie Mountain Health Region, where new restrictions are set to come into effect Monday. Masks will be mandatory in public places and group sizes will be limited to 10 people both indoors and outdoors.

Roussin said the majority of the cases identified Sunday are “linked to known clusters in communal living communities where we did proactive testing.”

Roussin and Friesen said these communities are working with public health officials to control the spread.

“Public health is engaged on a regular basis, for instance with Hutterian leadership,” said Friesen. “I think that it’s important to look past the large number (Sunday) to understand that a significant part of (Sunday’s) reported numbers is because of there is testing going on colonies and that is a good thing.”

Roussin urged Manitobans not to discriminate against people.

“It impairs our ability to address this virus, so please be kind, listen to credible information and do whatever we can to avoid stigmatizing people,” he said.

There are 356 active cases in the province, while 576 people have recovered.

Seven people are in hospital, with one person in intensive care.

Twelve people have died from the coronavirus.

Sunday’s update brings the total number of COVID-19 cases in Manitoba to 944.

The five-day positivity rate is 2.7 per cent.

Seven of the cases announced Sunday are linked to Bethesda Place, a care home in Steinbach, Man.

The province declared an outbreak there Monday, after one case was identified. The number of infections has spread.

“Three residents have been diagnosed, and four staff members,” said Roussin. “Residents were moved to hospital largely for infection prevention and control measures.” 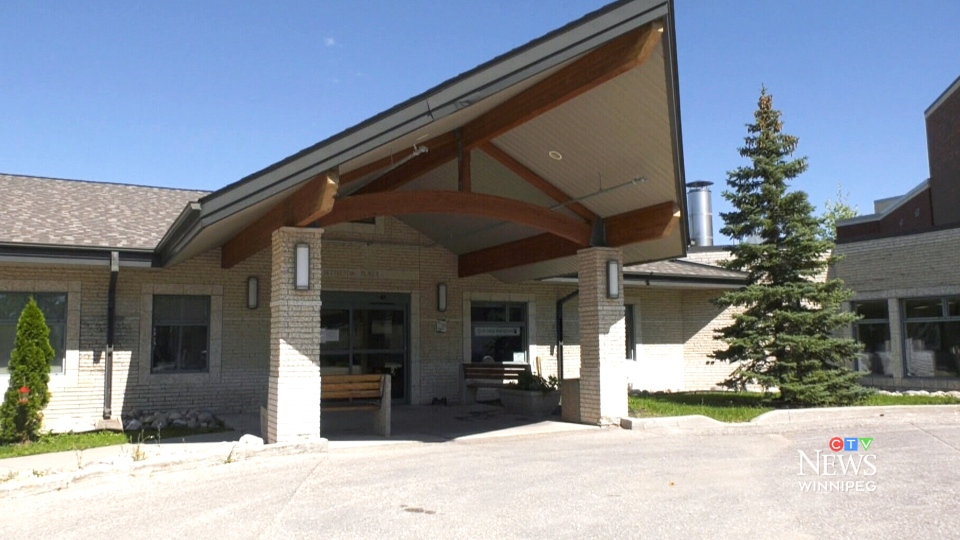 Bethesda Care Home in Steinbach, Man. where the province has declared a COVID-19 outbreak.

Despite the surge in cases throughout the province, Friesen said there are no plans to reverse reopening.

“It’s a balancing act,” he said. “We’re not going to be defensive by changing our direction broadly, with every hiccup that comes along. We do need to learn to live with the virus.”

Roussin reminded Manitobans to return to the “fundamentals,” which include washing your hands, keeping your distance and staying home when you’re sick.

“Manitobans have, and need to continue to respect this virus.”