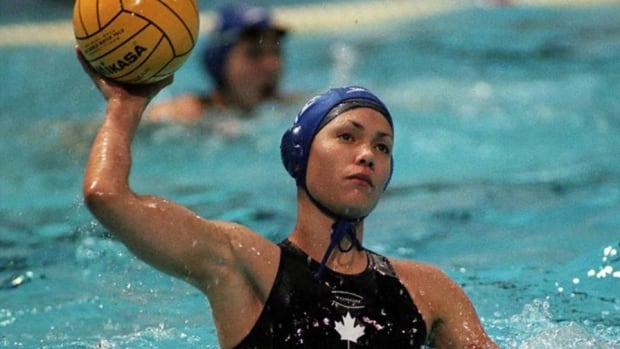 Five years after Canada’s Truth and Reconciliation Commission (TRC) recommended sports programs reduce barriers and become more inclusive of Indigenous athletes, a panel of experts say not enough has been done to reach that goal.

“We have to stop seeing sport as a recreational pastime,” said Mohawk Olympian Waneek Horn-Miller, of Kahnawake, Que.

“In the Indigenous world, it’s far more important. It is a suicide preventer. It’s leadership building. The TRC included [sports] because they understood their community-building capacity.”

The online panel, hosted by CBC’s Duncan McCue and released on Monday, was a collaborative production by CBC Sports and CBC Indigenous.

The TRC’s results released in 2015 included 94 “calls to action.” Nos. 87 to 91 call upon governments, national and international sporting officials to collaborate with Indigenous Peoples on several fronts. Those include:

Horn-Miller was part of a panel discussion that also included:

WATCH | Where does Indigenous sports stand?

It has been five years since the Truth and Reconciliation Commission recommended more access and education in sports for Indigenous people. CBC Sports and CBC Indigenous convened an expert panel to discuss the successes, shortfalls, and unfinished business of the five calls to action on sport. 40:48

At the age of 14, Horn-Miller spent months on the front lines of resistance during the 1990 Oka Crisis and was stabbed in the chest by a soldier’s bayonet. She won a gold medal at the 1999 Pan American Games and co-captained the first Canadian women’s water polo team in the 2000 Olympic Games in Sydney, Australia.

Horn-Miller said developing as an athlete was “a cornerstone” in rebuilding her self-confidence while facing discrimination in Canadian and international sport institutions. Implementing the TRC’s calls to action can become a way to address systemic racism in other areas, she said.

“I think sport has this incredible capacity to make change.”

The discussion also explored the impacts that organized sport can have on Indigenous youth and the ripple effects on their communities.

Call to Action No. 87 calls on governments and sport-related organizations to provide education on the history of Indigenous athletes in Canada. Pauls, 15, whose family has participated in the Arctic Winter Games as athletes and officials, said it’s important for young athletes to have role models and examples of success.

“[Indigenous youth] don’t really get taught the history, unless you have first-hand knowledge from your family or friends,” she said.

“Sports make me feel happy and it makes me feel good about myself … and seeing all the athletes [on the panel] gives me inspiration to try to be the best athlete I can and continue in being an Indigenous athlete.”

The 2020 games were originally scheduled to take place in K’jipuktuk/Halifax, N.S., July 12-18, but were postponed until 2021 because of the COVID-19 pandemic.

Porter said the NAIG team was concerned about the impact the postponement would have on the mental health of young athletes. They’re planning a virtual event to take place during the same week in July to provide athletes and communities an opportunity to connect.