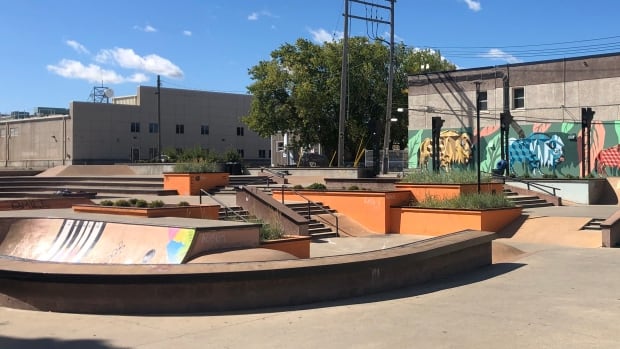 Brandon police have arrested a fourth person wanted in connection with the beating and stabbing of a Black man that occurred at a downtown skate park last week.

The woman was arrested on charges of assault and public incitement of hatred after police received an anonymous tip that she was in a business.

Police allege the woman was one of five people who yelled racial slurs at Kevin Taylor, 44, before he was stabbed five times on Thursday evening near the Kristopher Campbell Memorial Skate Plaza.

Two women, age 20 and 23, were arrested shortly after the attack and were charged with several offences, including public incitement of hatred.

A 21-year-old woman was arrested on Saturday evening and was also charged with public incitement of hatred, as well as assault.

Police are still looking for a 36-year-old man, who police said faces the same charges.

The 60-year-old woman appeared in court Monday afternoon and was remanded in custody.