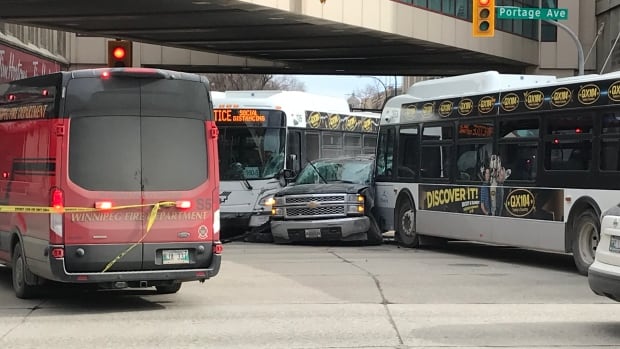 Winnipeg police say four people were taken to hospital after a truck was struck on both the driver and passenger side by two different Winnipeg Transit buses on Tuesday afternoon.

Police were called to the scene of the collision at the corner of Portage Avenue and Vaughan Street at 4:15 p.m.

The four people taken to hospital are all in stable condition, according to police.

Officers were still on the scene redirecting traffic as of 5:15 p.m.

Eastbound Portage Avenue at Colony Street is closed and being rerouted onto north or southbound Colony Street.