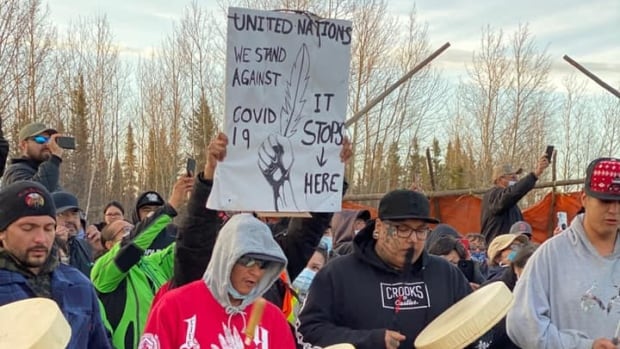 Four Cree Nations have made a deal with Manitoba Hydro to remove blockades and lift an injunction against Tataskweyak Cree Nation, according to Manitoba Keewatinowi Okimakanak.

The Manitoba-based political advocacy group announced Sunday afternoon in a news release that the First Nations who are partners in the project — Tataskweyak Cree Nation, Fox Lake Cree Nation, War Lake First Nation and York Factory Cree Nation — have come to an agreement with the provincial Crown corporation.

Tataskweyak Cree Nation and Fox Lake Cree Nation had set up two road blockades to prevent the hydro company from carrying out a shift transition that would have sent 700 workers to return home and bring in 1,200 employees to the site.

“It is imperative that corporations working in our territory are full partners and in agreement with plans to open up the North — the First Nations had made it clear for weeks that they were not in agreement with the plans made for the Keeyask project,” Grand Chief Garrison Settee said in the release.

“Their ultimate concern was in protecting their communities from the threat of COVID-19,” he said.

On Wednesday, Chief Doreen Spence of Tataskweyak was served with an injunction.

Chiefs of the four partnering First Nations met with the president and CEO of Manitoba Hydro Jay Grewal on Saturday.