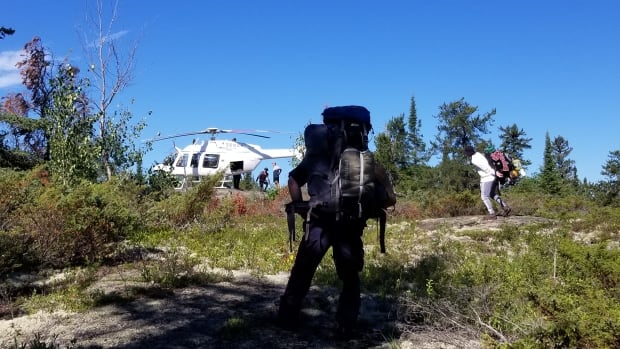 Three men were rescued on the Mantario Trail in eastern Manitoba over the weekend, after setting off on what was supposed to be a three-day hike, RCMP say.

The hikers started their journey on Friday evening and planned to finish on Monday, Mounties said in a news release on Wednesday.

But on their second evening, the men started showing signs of severe heatstroke and called for help. Much of southern Manitoba was under a heat warning on Friday and Saturday, with temperatures climbing into the 30s.

RCMP responded around 8:10 p.m. A STARS air ambulance was dispatched to the area but was unable to help because it was dark out and there was no landing zone for the helicopter, RCMP said.

Officers stayed in contact with the hikers overnight, using a cellphone. The next day, Mounties from Lac du Bonnet chartered a helicopter and found the men on the trail near the northern tip of Mantario Lake, about 140 kilometres east of Winnipeg.

All three hikers were taken to Lac du Bonnet, where they were treated by emergency medical services. Two were released and one was taken to hospital with non-life-threatening injuries, the release said.

The trail is the same 63-kilometre-long route where an 18-year-old hiker died last summer after calling for help using a satellite distress beacon.