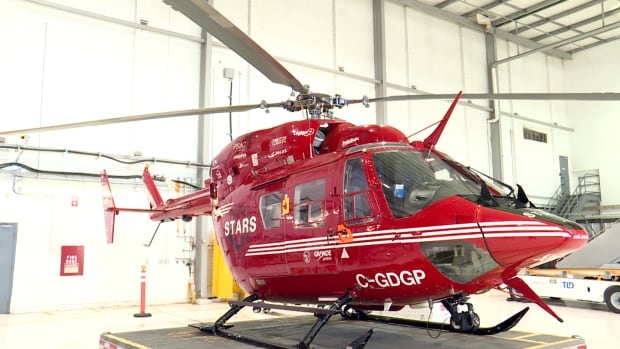 A 22-year-old man was airlifted to hospital in critical, life-threatening condition after nearly drowning Sunday afternoon in Great Falls, Man., according to STARS Air Ambulance.

Chad Saxon, a representative for STARS, says the air ambulance was called to the scene at about 3:10 p.m.

Bystanders and local paramedics were working to resuscitate the man when STARS arrived, Saxon said.

STARS staff took over and airlifted the 22-year-old to the closest hospital in Pine Falls, about 100 kilometres northeast of Winnipeg.

CBC News reached out to RCMP for an update on the man’s condition. A spokesperson said information will be released on Monday.