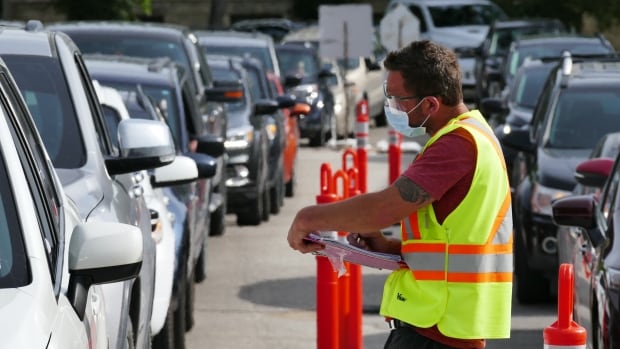 Another 21 people in Manitoba have tested positive for COVID-19, the province announced on Saturday.

Ten of Saturday’s new cases are in the Winnipeg health region, the province said in a news release.

Initial investigations suggest eight of Saturday’s new cases are linked to close contacts of the illness, the release said. More information will be released if a public health risk is identified.

There are now 13 people with the illness in hospital in Manitoba, with two in intensive care, the release said.

To date, there have been 1,294 cases of the illness identified in the province. A total of 852 people have recovered from COVID-19 in Manitoba, while 16 have died.

That comes after nine new cases of the illness caused by the new coronavirus were announced in the province on Friday — the first time in more than three weeks the province saw a single-digit daily increase in new cases.

Six of the new cases announced Friday were in the Winnipeg health district.

Earlier in the week, the province announced the deaths of two more residents at the Bethesda Place personal care home in Steinbach who had contracted COVID-19.

Four people who lived at the care home, where an outbreak was declared earlier this month, have now died of COVID-19.

People at six other care homes in Manitoba have now tested positive for the illness, though with the exception of Bethesda Place, no residents have contracted COVID-19. Three of those sites are in Winnipeg and three are in Brandon.

All of those homes have officially declared outbreaks of the illness.

Part of the Brandon Regional Health Centre’s Assiniboine Centre has also declared an outbreak. The second floor of that building, which houses a rehabilitation unit, had two health-care workers and five patients who had tested positive for COVID-19 as of Thursday.

No new cases of COVID-19 at any of the sites that have declared outbreaks were announced on Friday.