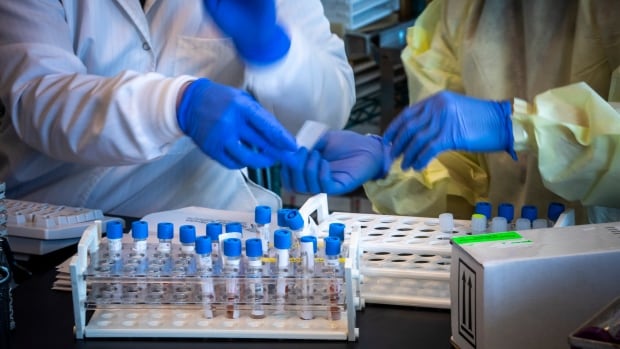 Two new cases of COVID-19 were announced in Manitoba on Saturday, bringing the total number of cases identified in the province to 313.

The province’s announcement on Saturday said there were four new cases of the illness, because it also included the two new cases that were announced in a news bulletin Friday afternoon, after that day’s update on the coronavirus.

Those new cases were a man and a woman, both in their 50s and from the Southern health region. One of those people had symptoms when they went to JT’s Store and Diner on Penner Drive in Blumenort, Man., around 6 p.m. on June 10.

Earlier in the day on Friday, the province had announced another new case of the illness in the Winnipeg health region. Provincial data shows that patient is a man in his 40s.

No data was provided on the age or health region of the new cases announced on Saturday.

As of Friday, there were 11 active cases of COVID-19 in Manitoba. With the addition of the new cases announced Saturday, that total rose to 13.

A total of 293 people had recovered from the illness in Manitoba as of Friday, and seven had died.

Data on recoveries, hospitalizations and testing from this weekend will be updated again on Monday.