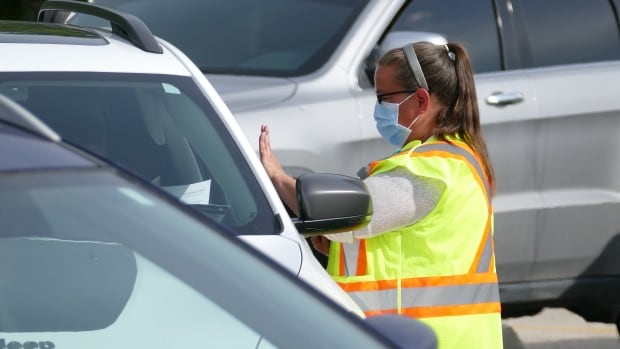 Two more people in Manitoba have tested positive for COVID-19, the province said on Saturday.

The update brings the total number of cases identified in the province to 417, the Manitoba government posted on Twitter.

No details about the new cases were released. The number of active cases, recoveries, hospitalizations and tests will be updated again on Tuesday, the province said.

As of Friday, there were 70 active cases of the illness caused by the new coronavirus in Manitoba. Six people were in hospital with COVID-19 in the province, with five of them in intensive care.

Manitoba’s five-day test positivity rate — a rolling average of the COVID-19 tests that come back positive — remained at 0.4 per cent for the second straight day on Friday.

The province also announced several possible public COVID-19 exposures on Friday: one at Blazers Mini Mart in Minnedosa, Man., on July 25, and another at Asian Spices of Brandon on July 22 and 23.

Anyone deemed a close contact of someone who tested positive for the illness in Manitoba will hear from public health officials and be advised to self-isolate. People who were at those stores on those days who haven’t been contacted by public health don’t need to isolate, but should watch for symptoms, the province said.

In total, 337 people had recovered from the illness and 88,621 tests had been completed in the province as of Friday.

On Tuesday, Manitoba announced the death of a man in his 70s in the Southern Health region who had COVID-19. The man’s death on July 22 marked the province’s eighth COVID-19-related fatality. He was not in hospital and was considered a new case of the illness, the province said.

The government’s next news conference on COVID-19 will be pushed forward to Aug. 4 because of the holiday Monday, the province said.