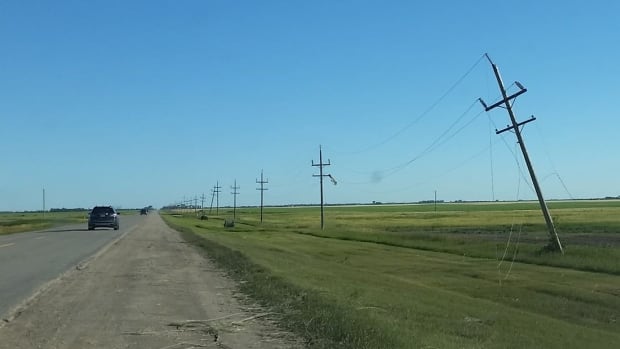 Two people are dead after being thrown from their vehicle by a tornado that touched down near Virden, Man., on Friday night, RCMP say.

A man and a woman, both 18 and from Melita — about 65 kilometres south of Virden — were pronounced dead at the scene, the Mounties said in a news release Saturday afternoon.

Virden RCMP responded to a report at about 8:10 p.m. local time that a tornado touched down near Highway 83 and Road 50N in the rural municipality of Pipestone, just south of Virden, the release said.

When they arrived, they found extensive damage at a farm and a vehicle that had been thrown near the highway. The 54-year-old man inside that vehicle, from Sioux Valley Dakota First Nation, was taken to hospital with serious but not life-threatening injuries.

Another vehicle, which carried the two people who died, was found more than a kilometre away from that site.

RCMP officers and emergency medical services personnel searched the surrounding area for other possible victims, but none were found.

Virden is about 270 kilometres west of Winnipeg.