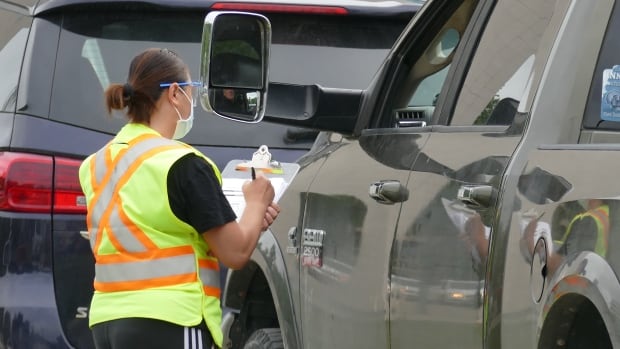 There are 18 new cases of COVID-19 in Manitoba on Sunday, 11 of which are in Winnipeg, the province said in a news release.

Investigations into the new cases are ongoing, and more information will be announced if there’s a public health risk identified.

There are now 15 people hospitalized with the illness in Manitoba — the most since the beginning of the pandemic. Three of those people are in intensive care, the release said.

There are now 239 active cases of COVID-19 in the province.

To date, 1,428 cases of the illness have been detected in Manitoba. Sixteen people have died and 1,173 have recovered, the release said.

Manitoba’s five-day test positivity rate, a rolling average of the COVID-19 tests that come back positive, is now 1.1 per cent.

On Saturday, a case of the illness was linked to a Grade 5 and 6 class at Brandon’s École New Era School, though neither the province nor the school division said whether it was a student or staff.

The first probable cases of COVID-19 on First Nations in Manitoba were announced on Friday: one on Fisher River Cree Nation, and another two on Peguis First Nation.

One of Sunday’s new confirmed cases is in Manitoba’s Fisher/Peguis health district, according to provincial data.

As of Friday, cases of the illness caused by the novel coronavirus in Winnipeg are being broken down into 12 districts in response to demand from Manitobans for more information about where people with COVID-19 live.

On Saturday, 1,525 more COVID-19 tests were done in Manitoba. There have now been 154,756 completed in the province since early February, the release said.