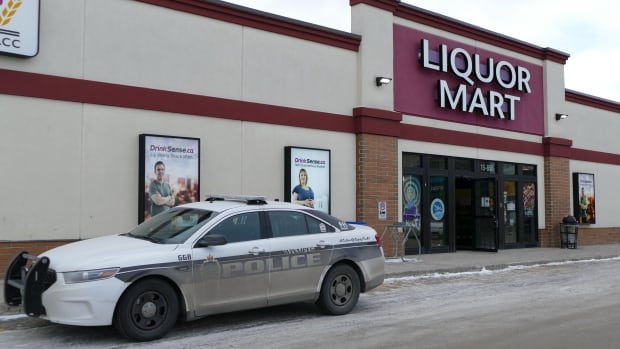 A teen boy has received the maximum youth sentence for his involvement in violently attacking staff during a Winnipeg liquor store robbery last November.

The teen pleaded guilty in March to several charges, including multiple counts of robbery and assault, for his actions during the violent November incident at the Tyndall Market Liquor Mart, which shocked the province and led to fast-tracked enhanced security measures at provincial liquor stores.

Defence lawyer Matthew Munce said in an emailed statement on Tuesday his 15-year-old client was sentenced to three years in custody, which is the maximum sentencing for this type of offence for youth in Manitoba.

The boy, who cannot be named, had previously pleaded guilty to five counts of robbery, three counts of assault, and one count each of assault causing bodily harm, uttering threats and count of mischief.

The Crown had asked for the maximum three-year sentence, while the defence asked for a sentence of no more than 18 months.

A 21-year-old man and another youth are also accused in the robbery, during which Liquor Mart employees were assaulted, as were other victims in the strip mall’s parking lot.

That Liquor Mart on Keewatin Street closed down to make security changes. It reopened a week after the Nov. 20 robbery with new requirements for customers to provide photo identification, which is scanned at a security station, before being allowed through locked inner doors.

Similar security measures have since been introduced at some other Liquor Marts in the city.