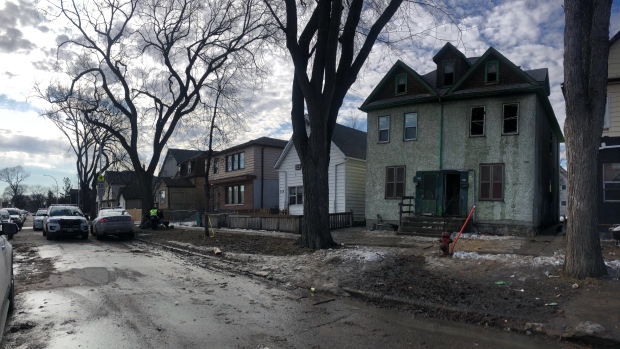 WINNIPEG — A fire in the city’s North End is under investigation after 13 people were displaced because of it Tuesday morning.

The Winnipeg Fire Paramedic Service was called to reports of a fire at a two-storey, multi-family home just before 9 a.m. Tuesday, in the 500 block of Manitoba Avenue.

When crews arrived they could see heavy smoke coming from the building and launched an offensive attack.

Firefighters had the blaze under control just after 9:30 a.m.

The WFPS said everyone was able to get out of the building and no injuries were reported.

The City of Winnipeg’s Emergency Social Services were called to the scene.