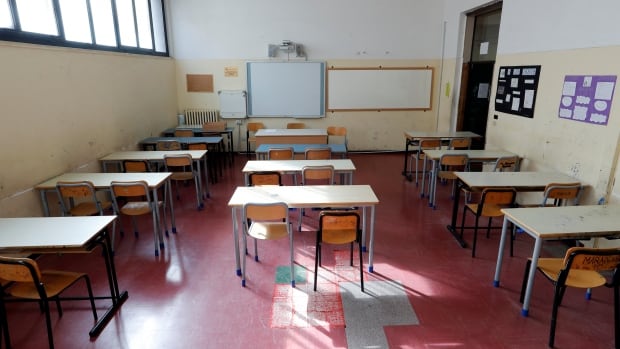 Twelve schools in 11 First Nations communities have made the decision to close their doors to students.

“I think we’re just being more proactive in terms of protecting our students and the families in those First Nations,” said Nora Murdock, the group’s director of instructional services.

The closure affects schools in the following comminutes:

“I think that the chiefs and councils of those First Nations are just making sure that we are doing everything we possibly can to protect (against) the spread of the virus,” Murdock said.

The closure affects about 2,000 students, she said.

It follows an announcement on Thursday that the school on Sandy Bay First Nation would close until April 3 to disinfect it as a precaution.

Cornell McLean, chief of the Lake Manitoba First Nation, located about 150 kilometres north of Winnipeg, said teachers in his community will prepare take-home packages for students.

The school will also be thoroughly sanitized, he said, noting he and other members of the Interlake Reserves Tribal Council met with health officials twice on Friday.

“Not to say this isn’t a serious thing, it is very serous and we have to take it seriously but we know what we’re looking at now,” he said of the meeting.

McLean said his community has been stocking up on things like hand sanitizer for some time and believes they are ready in the event someone there gets sick.

“Right now we don’t have that sickness anywhere near our community, knock on wood, nor do we want to have it,” he said. “It could happen anywhere, you never know.”

McLean said bingo and other gatherings in the community have been cancelled for the time being and they will re-evaluate in the coming weeks.

“We’re going to see where things are at,” he said.

Murdock said the school closure will also be reviewed as April 6 gets closer to determine if it should be extended.

“Even though it may not be in in the best interest of that classroom interaction, we feel that the safety and health of the students are taking priority right now,” she said.