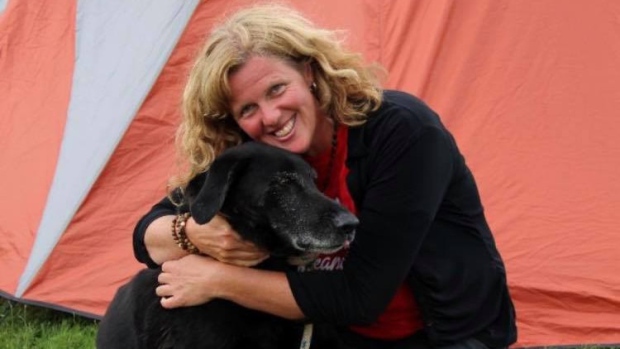 TORONTO — A 23-year veteran of the RCMP, a ‘passionate’ local teacher, a nurse, and a care assistant are among the victims of a violent rampage in Nova Scotia.

Lisa McCully, a teacher at Debert Elementary, is being remembered by students and colleagues as “a shining love” to her family and friends.

“The NSTU is mourning the loss of one of our own, Lisa McCully, who was a victim of the senseless violence that began in Portapique, N.S., last night,” read the statement.

“NSTU hearts are broken along with those of her colleagues and students at Debert Elementary, as well as her family and friends who knew her not only as a passionate teacher but as a shining love in their lives.”

“Our hearts are broken today as we attempt to accept the loss of my sister, Lisa McCully, who was one of the victims of the mass shooting in Portapique last night,” read the statement posted by Jenny Kierstead.

“Our condolences go out to the other family members who are affected by this tragedy. Thank you for your support, it’s a hard day.”

In a statement released Monday, the Victorian Order of Nurses (VON) confirmed the identities of two other victims, Heather O’Brien and Kristen Beaton, both of whom worked for the health-care organization.

O’Brien, a wife, mother and grandmother, worked as a licensed practical nurse with VON for nearly 17 years, according to the organization.

Beaton, a continuing care assistant with VON, was a young wife and mother. Both were described as “caring and compassionate members of the VON team.”

“We have been in touch with their families and are offering our sincere condolences and support during this difficult time,” read a statement from VON president Jo-Anne Poirier.

“All of our frontline care providers are heroes. Yesterday, two of those heroes, Heather O’Brien and Kristen Beaton, were taken from their families, and from VON. We mourn their loss, and we mourn for their families.”

Stevenson, a 23-year veteran of the police force, left two children and a husband at home, according to a statement from Nova Scotia RCMP Commanding Officer Lee Bergerman.

“Heidi answered the call of duty and lost her life while protecting those she served,” Bergerman said in the statement.

Those who knew the officer said she was a loving wife who “lived for her family” and worked tirelessly for her community.

“She had a smile that would light up a room. I was thinking last night if I’ve ever seen her not smiling, and I don’t think I ever have,” RCMP Sgt. Joe Taplin​ told CTV’s Your Morning Monday.

“Heidi was all about her family. That was all she ever talked about when she would come to work… I can’t even start to put it into words, what [her family] is going through. It just hurts to much.”

Stevenson was well known in the RCMP’s small N.S. division, according to Taplin who noted “we have all crossed paths in some way.”

“She probably saved a lot more lives than we’ll ever know doing what she had to do to prevent this individual from causing more harm,” he said. “She’s probably one of the most wonderful, caring persons that you’d ever come across.”

RCMP Commissioner Brenda Lucki described Stevenson as someone with a “great love of life” who was dedicated to her role as an officer. She was also a media spokesperson for Nova Scotia’s RCMP, where she participated in radio and television interviews for several stories pertaining to police activity in the area.

“Anybody that knows her said she had just a great love of life and she was a hard worker and very dedicated to her chosen career,” Lucki said.

RCMP continue to investigate the incident, which involves several crime scenes spread across the province. In a statement Sunday, Premier Stephen McNeil described the massacre as “one of the most senseless acts of violence in our province’s history.”